The father of a Pakistani exchange student who was killed in the Santa Fe, Texas high school shooting said he hopes his daughter’s death leads to gun reform in the U.S.

Sabika Sheikh, 17, was one of 10 people killed by Santa Fe High School student Dimitrios Pagourtzis in a mass shooting on Friday. Sheikh’s father said she came to the U.S. because she wanted to work in civil service or become a diplomat to help foster a stronger relationship between the U.S. and Pakistan.

“Sabika’s case should become an example to change the gun laws,” Aziz Sheikh, Sabika’s father, told Reuters. “I want this to become a base on which the people over there can stand and pass a law to deal with this. I’ll do whatever I can,” he said.

Sheikh told Reuters that his daughter loved Texas and was grateful for the opportunity to study abroad. He added that she had been excited to meet new people, especially her teachers.

Noting that while the U.S. has suffered a number of school shootings in recent years, Sheikh said the possibility of his daughter being killed in a mass shooting never crossed his mind.

“One should not lose his heart by such kind of incidents,” he told the Associated Press. “One should not stop going for education to the U.S. or U.K., or China, or anywhere. One must go for education undeterred. But controlling such incidents is the responsibility of the respective governments.”

Prior to the shooting, Sabika had been living the U.S. for about six months through the YES exchange program for Muslim students, paid for by the U.S. State Department. She was scheduled to return to Pakistan on June 9, according to Reuters. 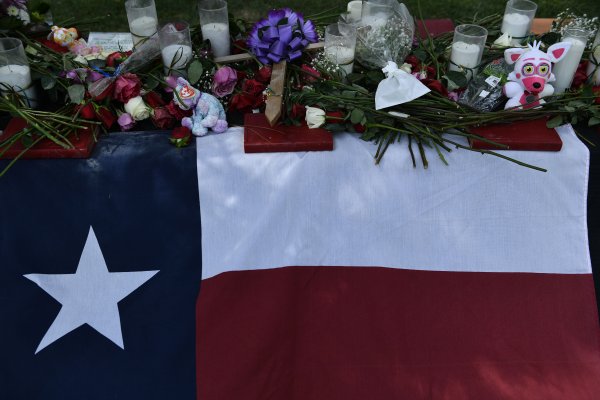 These Are The Victims of The Santa Fe High School Shooting
Next Up: Editor's Pick