Yes, Meghan Markle Did Curtsy to the Queen at the Royal Wedding. Here's Why People Missed It

As far as royal brides go, Meghan, Duchess of Sussex is beloved for being a tradition-breaker, but she’ll still curtsy for the queen.

Her curtsy is a blink-and-you-miss-it moment, but if you look closely, the video below shows the evidence.

Blame the reactions on the camerawork. At the exact moment when she performed the gesture, cameras panned to a wide shot. So plenty of viewers missed the dutiful move.

Meghan had certainly nailed the curtsy before, making headlines with her curtsy at the Christmas Day church service in 2017.

And Catherine, the Duchess of Cambridge almost forgot the dutiful gesture back when all eyes were on her.

According to the BBC, royal protocol dictates anyone lucky enough to meet the queen needs to bow their head, curtsy or execute a third option: a combo of both.

But the rulebook may actually be more relaxed than that.

In 2014, Dickie Arbiter, the Queen’s former press secretary and author of On Duty With The Queen, said it’s simply “not necessary.”

“There is this sort of myth that comes from the annals of time that says whenever a member of the royal family went past, you did a curtsy or bow,” he said. “But there is no hard and fast rule, and if you can’t do it or don’t feel comfortable doing it or don’t want to do it that’s fine; it doesn’t mean you hold the queen in any less respect and you won’t be sent to the Tower.”

Either way, Meghan did it. 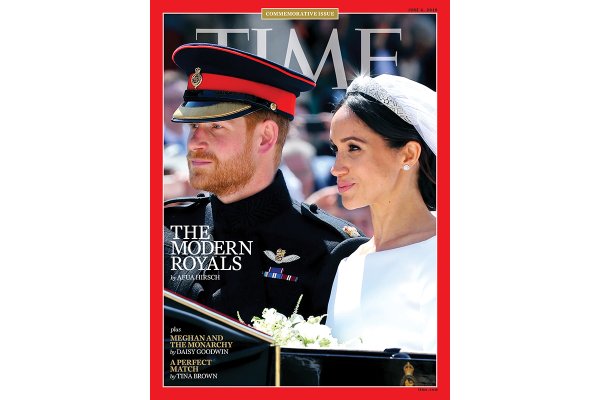 The Royal Wedding Is Coming to the Cover of TIME
Next Up: Editor's Pick