On their last day of class, surviving seniors of the Parkland school shooting felt the familiar sting of sadness and anger after learning 10 people were murdered in another high school massacre in Santa Fe, Texas on Friday.

For several Marjory Stoneman Douglas High School students, flashbacks of the Valentine’s Day shooting that claimed the lives of 17 peers and faculty members came flooding back after a similar situation unfolded at Santa Fe High School. Authorities said 10 people, mostly students, were killed and 10 more were wounded after a gunman opened fire in an art class there.

Morales, 18, was in class, scrolling through her Facebook feed on her phone, when she first heard there was an active shooter situation happening in Santa Fe. She hoped it wouldn’t end with any casualties, but she soon found out there were many.

“At that point, I was angry,” she said. “It’s been happening so often. Our motto is Never Again, but it’s continuously happening.”

Carly Novell, another Stoneman Douglas senior, said she panicked and burst into tears at her older brother’s college graduation in New York City when she read there had been another mass shooting at a school. Novell had survived her own school shooting on Feb. 14 by hiding in a closet inside her school’s student newspaper office with about 20 other classmates.

The 17-year-old said she had to walk out of the ceremony. “I couldn’t sit in there with everyone cheering and cameras flashing,” she said. “It was freaking me out.”

Novell, who said she has been crying all day, immediately thought of the students and faculty members at Santa Fe High School. “What are they doing? Are they crying? Are they watching the news? I wish there were words to put to what I’m feeling,” she said.

“This one is just three months later,” she added. “I feel like it’s just going to happen more and more. Each time, I lose a little hope.”

Senior Jose Iglesias, 17, said the Santa Fe shooting “brings back memories” and feelings of sadness, but he said “you just have to keep pushing.”

The students understand the shock and pain of surviving a mass school shooting all too well. “I know what happens after this,” Morales said. “It lingers.”

The Parkland students’ impassioned responses to the mass shooting at their school immediately spurred a national debate on gun violence and reinvigorated calls for new gun control laws. But three months later, Morales said change is not happening fast enough.

“There’s no reason why it should continue happening,” she said. “These families have lost their children. These people have lost their friends. I feel like their lives were lost in vain.” 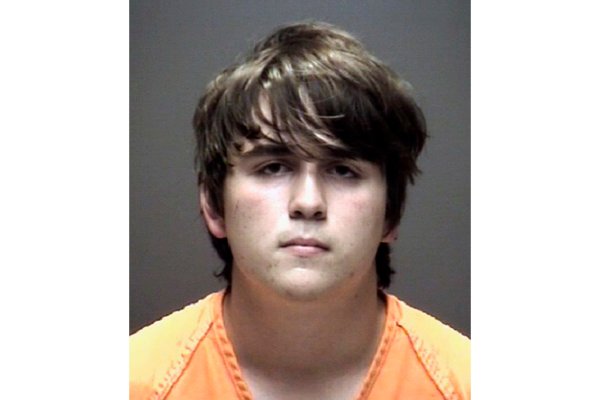 What to Know About the Santa Fe High School Shooting Suspect Dimitrios Pagourtzis
Next Up: Editor's Pick