More Kids Are Attempting and Thinking About Suicide, According to a New Study

The number of kids hospitalized for thinking about or attempting suicide doubled in less than a decade, according to a study published Wednesday in Pediatrics.

In 2008, 0.66% of all U.S. children’s hospital visits were due to either suicide attempts or suicidal thoughts, also known as suicide ideation. By 2015, according to the study, that number had jumped to 1.82%, with rates rising across age groups and demographics.

The largest increases were seen among adolescents between two age groups — 15 and 17, and 12 and 14 — according to the study. Increases were also higher among girls than boys, the study says. Interestingly, the researchers also observed significantly more suicide attempts or ideations during the school year; that’s in contrast to adults, among whom suicide rates tend to spike in spring and summer.

To reach these findings, researchers used billing data from the Pediatric Health Information System database, which tracks youth emergency room and inpatient hospital visits. The database showed that more than 115,800 suicide attempts or ideations occurred during the seven-year study period.

Data from the Centers for Disease Control and Prevention has shown that the number of teenagers dying by suicide is also on the rise.

Why youth suicide rates are creeping up is harder to suss out. It may have something to do with climbing rates of depression and loneliness among young people, or that pediatricians are increasingly referring children with mental health issues to specialists or hospitals. The prevalence of social media may also play a part, Dr. Gregory Plemmons, an associate professor of clinical pediatrics at the Vanderbilt University School of Medicine and the new study’s first author, told NBC News.

“I don’t have any one magic answer that explains why we’re seeing this,” Plemmons said. “We know that anxiety and depression are increasing in young adults as well as adults. I think some people have theorized it’s social media maybe playing a role, that kids don’t feel as connected as they used to be.”

Suicide is also a significant public health issue for adults. A February editorial in the BMJ even attributed a modest dip in the U.S. life expectancy to suicide, along with drug and alcohol misuse. 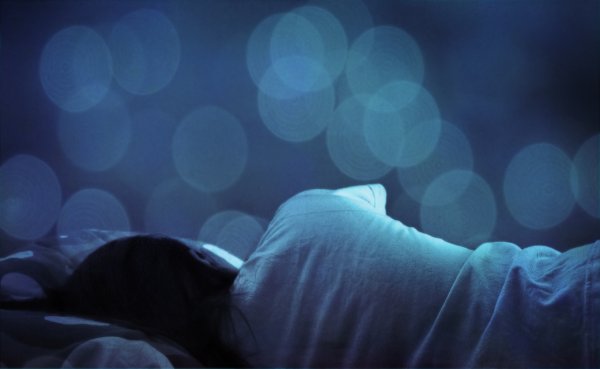 Depression Has Spiked By 33% In the Last Five Years
Next Up: Editor's Pick