13 Reasons Why Divided the Internet. Here's How Netflix Is Addressing the Controversy Ahead of Season 2

When 13 Reasons Why premiered on Netflix in March 2017, it immediately sparked debate for its depiction of teen suicide and related mental health issues. Produced by Selena Gomez and based on the popular book by Jay Asher, the 13-episode first season of the Netflix original included often disturbingly realistic portrayals of sexual assault, underage drinking, drug use and suicide. Soon after its release, it became 2017’s most tweeted-about show, sparking more than 11 million mentions.

Critics were particularly concerned about the possibility that some would receive its depiction of suicide as glamorized; of its potential to inspire copycat acts; and of its lack of discussion of the causes and symptoms of mental health challenges. Many also pointed to its failure to show mental health resources, including therapy, that the characters might have accessed for support.

With Season 2 of 13 Reasons Why set to premiere on May 18, Netflix has been preparing to get ahead of the conversation — and potential controversy — by providing a number of resources related to the serious subjects the show explores.

“I truly believe that all conversation is good,” creator Brian Yorkey told USA Today in an interview earlier this week. “But in the bigger picture, positive or negative, there were really intense conversations happening, and many of them were not happening before the show. You can’t have that kind of impact without some real polarity in the opinions, and I’m grateful for all of it.”

The first change Netflix has made for Season 2 of 13 Reasons Why is having cast members, including Dylan Minnette and Katherine Langford, provide a public service announcement that introduces new episodes with a warning about the show’s potentially triggering subject matter and directing viewers to appropriate resources to seek help.

Those resources include a standalone website with links to the Crisis Text Line, National Suicide Prevention Lifeline and other sites that offer support for bullying, anxiety, depression and substance abuse prevention. The associated messaging includes a disclaimer that 13 Reasons Why is not for everyone. “If you are struggling with these issues yourself, this series may not be right for you, or you may want to watch it with a trusted adult,” says actress Alisha Boe in one of the clips.

Netflix has also prepared a discussion guide in PDF format. It includes tips on re-watching the first season with particular attention paid to moments some might consider problematic. (“Discuss… what might be amplified for dramatic emphasis,” goes one prompt.) The guide also defines things like depression, sexual assault and bullying — and explains why the characters’ behaviors don’t always exemplify the best ways in which to handle these. “It’s important to know that suicide is known to be a tragic but often preventable health outcome,” the guide says. It also includes a list of further resources and conversation starters meant to help viewers analyze their own responses to the show and consider productive responses to real-life parallels.

Netflix is further bolstering the show’s focus on mental health conversations with Beyond the Reasons, an after-show supplement featuring some of the cast members in discussion with mental health experts, breaking down the events of the show.

And then there’s the music. The soundtrack includes an original song by Gomez, “Back to You,” and contributions from popular artists like Khalid, Billie Eilish, OneRepublic and Logic. Selena Gomez shared on Twitter that a portion of the proceeds from the soundtrack’s sales will go towards the Trevor Project and the Crisis Text Line, organizations that support crisis and suicide prevention.

It’s likely that the second season of 13 Reasons Why will continue to inspire conversations about how to responsibly portray mental health issues and other challenges faced by teenagers. This time around, however, it appears there will be a more thoughtful, comprehensive approach to ensuring that the show’s difficult themes are contextualized and presented alongside the resources that were lacking for its initial release. 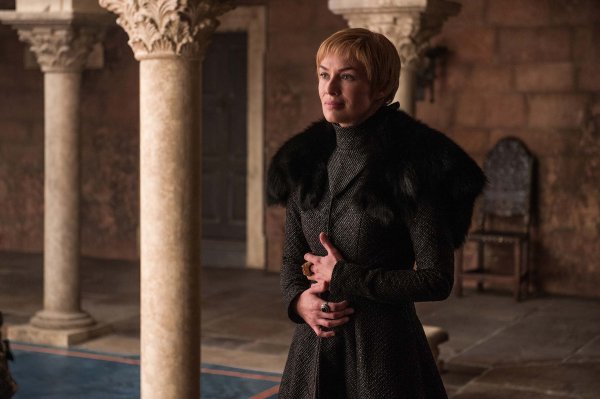 Meanwhile Game of Thrones' Cersei and Varys Enjoyed a 'Romantic Evening' in Spain
Next Up: Editor's Pick