Most people could use more exercise. From the cars and subways that take us to work comfortably seated, to the sedentary daytime jobs, to the hours we spend immobile on our phones or computers when we’re not working, most of us fall short of the recommended 150 minutes of exercise a week. Not getting enough exercise is linked to a number of health problems, including obesity, heart disease, diabetes and even some forms of dementia.

But in a new study published in the British Journal of Sports Medicine, researchers say that not all movement is equal. In fact, they found that some physical activity is associated with a higher risk of dying early.

Pieter Coenen, an occupational health researcher at VU University Medical Center in the Netherlands, and his colleagues analyzed 17 studies that investigated the effects of job-related physical activity. The studies included more than 193,000 men with varying levels of physically demanding jobs. Coenen found that those who were the most physically active on the job had an 18% higher risk of dying early compared to people with less active occupations.

The results might seem contradictory to all of the data that documents the benefits of exercise, but Coenen says that those studies focused on leisure-time physical activity. “We think physical activity at work and during leisure time are two really different types of exercise with different physiological outcomes as a result,” he says.

While people who exercise for recreation generally stay active for about an hour and can take breaks when they feel tired, people with highly demanding physical jobs are often performing the same labor-intensive tasks for hours, with few breaks. Moderate physical activity can raise the heart rate and increase blood pressure just enough to strengthen the heart and the cardiovascular system. But intensive physical activity related to a physically demanding job can instead become a burden, rather than a benefit, on the heart. “People who are very active at work spend eight hours a day being active,” says Coenen. “They may get very limited rest breaks; their heart rate and blood pressure are consistently high over the entire day. That may lead to the opposite of what is healthy for the heart, namely putting a strain on the cardiovascular system.”

On top of that, he says, people with physically demanding jobs may not be getting the type of exercise that could be beneficial for them, since they assume that their activity at work is enough. “These people are in double trouble, because they don’t benefit from leisure-time activity and are exposed to the risk of physical activity at work,” Coenen says.

The study could not distinguish between the reasons for early death among the people who were more physically active at work. It’s possible, for example, that factors other than physical activity could be driving the higher risk of early death. People with physically demanding jobs tend to smoke more and often have less education and lower incomes. They also tend to come from lower socioeconomic groups, which in itself is linked to a higher risk of early death. 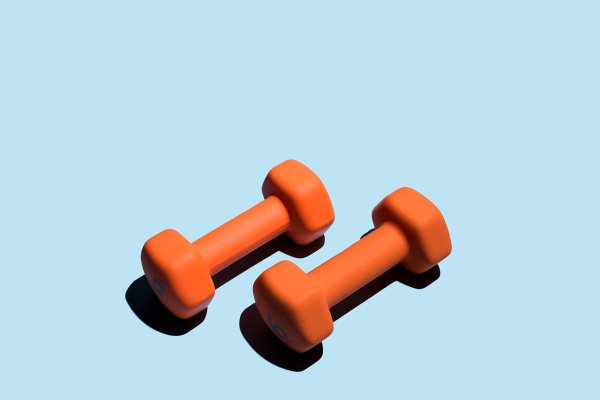 This Type of Exercise May Help Relieve Depression
Next Up: Editor's Pick