Jimmy Kimmel is normally all about getting celebrities to read mean tweets about themselves on his show. But in honor of Mother’s Day, the late-night host decided to switch things up by having his guests share hilarious texts from their moms instead.

During Thursday’s episode of Live!, Kimmel aired a segment in which stars such as Kristen Bell, Anna Faris, Adam Scott and YG all dug through their phones to find some of the best communications they had recently received from mom.

Most of the texts were laugh-aloud gems, but it was Faris’s that probably took the cake for ultimate mom message.

“My dear Ani, I hope this doesn’t wake you,” she read. “I just want you to know how proud your father and I are of you. As you know know we truly believe you are the best actress of your generation. We do someday hope you transition into dramatic work. I also woke up because I am worried you are not wearing enough sunscreen and taking the B-12 I got you from a Costco. I hope this doesn’t wake you. Please give Allison Janney our love and congratulations. No one deserves the Oscar more than her.” 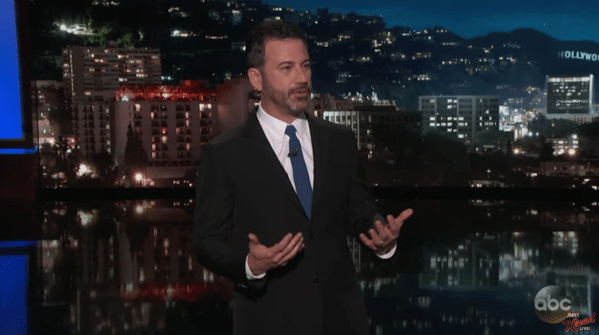 Jimmy Kimmel Got People to Apologize to Their Teachers
Next Up: Editor's Pick