Ahead of the Thursday premiere of Solo, Star Wars fans in Los Angeles spent the night camped out alongside a model of the Millennium Falcon on Hollywood Boulevard.

According to CBS Los Angeles, the iconic smuggling ship kept nearly two dozen galaxy far, far away enthusiasts company as they waited in line for the best seats at the star-studded event to come. “We want to meet the stars, you know, front row, so that’s what it takes,” fan Luis Kezzer told CBS. “You have to be here 17, 18 hours, just to be in the front row. But it’s worth it, it’s worth it.”

Fans at home can watch a live stream of the night’s festivities on the Star Wars YouTube channel beginning at 8 p.m. 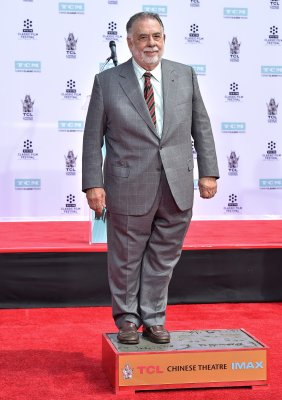 Francis Ford Coppola on Art, Immigration and Going to School with Donald Trump
Next Up: Editor's Pick