Years ago, the international effort to roll back Iran’s nuclear deal was driven in no small part by the thinly veiled threats of Ehud Barak. As Israel’s defense minister, Barak spent much of 2012 with Prime Minister Benjamin Netanyahu persuading the world to actively fear that Israeli warplanes would be dispatched to deal with Tehran’s nuclear facilities, if the rest of the world did not do so first— and fast.

This marshaled the political will by world leaders, who produced the most rigorous and effective sanctions on a state in modern history, forcing Iran’s government to the negotiating table. The resulting 2015 six-party deal rolled back Iran’s nuclear program without firing a shot, barring the Islamic Republic from enriching uranium for at least a decade and keeping U.N. inspectors in the country in perpetuity.

President Trump’s Tuesday announcement that the U.S. was abandoning the pact and re-imposing harsh sanctions was applauded by Netanyahu, who termed the deal “fatally flawed” because it allowed Iran to begin resuming elements of its program in 2025. But Barak, the former Israeli army chief who served as prime minister from 1999 to 2001, says Trump should have left the deal in place. “In the end, I didn’t like the Iran deal, but it’s part of the rules on which the world is working, and without any rules, the world becomes much more uncertain, much more open to miscalculations,” Barak told TIME by phone Tuesday, shortly after Trump’s announcement.

Barak, who left Netanyahu’s government in 2013, says doing away with the nuclear deal does nothing to address Iran’s troubling behavior in other realms – funding hostile groups in Syria and Lebanon, which neighbor Israel, or developing a ballistic missile program. Demanding new talks to address those issues makes sense, says Barak, whose autobiography, My Country, My Life: Fighting for Israel, Searching for Peace, was released last week. “But I don’t see how it’s directly related to this deal,” he added.

“In the short term, there might even be positive consequences to the President’s pulling out, because the Iranians will be even more cautious not to risk any American response,” Barak said. “But in the longer term, it’s kind of a problematical record. Think of Kim Jong-Un. When they come to negotiate with him, he will ask what sense it makes to make a deal with the American president, if he can just undo a deal that’s been made.”

Did President Trump do the right thing in pulling out of the Iran deal?

I think that the deal was a bad deal. But once it was signed, it was a matter of fact. The Iranians are doing many bad things, but those things are beyond the agreement. They develop missiles. They make insurgencies. They spread terror. They deploy proxies in the Golan Heights. I don’t believe the other parties in the deal will pull out, so the deal will still be there. And somehow I assume that the Iranians will not respond, they will be very cautious. They suspect the real intention behind the American decision might be to ambush them, to let them make a slight mistake — which might justify further steps, maybe even an attack. They are very clever, and will not provide this excuse.

As Israel’s defense minister in 2012, the threats to act militarily against Iran’s nuclear facilities made by you and Prime Minister Netanyahu galvanized the world’s attention and set in motion events that led to the deal. Is Trump undoing that?

It was more than trying to maneuver the rest of the world. We were basically preparing people for the possibility that Israel might have to act independently, some two years before the deal ever came into existence.

In the short term, there might even be positive consequences to the President’s pulling out, because the Iranians will be even more cautious not to risk any American response. But in the longer term, it’s kind of a problematical record. Think of Kim Jung Un. When they come to negotiate with him, he will ask what sense it makes to make a deal with the American president, if he can just undo a deal that’s been made.

In the end, I didn’t like the Iran deal, but it’s part of the rules on which the world is working, and without any rules, the world becomes much more uncertain, much more open to miscalculations.

Trump’s choice was described as “fix or nix.” But was there a logical fix?

For the President, it’s a matter of consistency. He made it clear that this is his position. I assume that for him it’s just ‘I’m doing what I told you I’m going to do.’

With new sanctions, I assume there will be some decline in European trade with Iranians, and China and Russia will try to fill the gap. In other places, there will be back-to-back deals through third parties. We have already seen this happening.

Basically, American sanctions are very effective; they could damage Iran for sure. They are now in a tight economic situation. But there is also a question of balance, whether it makes sense to break a deal that American signed or to listen to the Europeans and open a new round of negotiations on other matters.

Is Trump a good dealmaker? He called peace between Israel and Palestinians the ultimate deal; he moved the U.S. embassy to Jerusalem. Palestinian Authority President Abu Mazen is no longer talking to him.

I think we always were extremely thankful to President Trump for doing something that should have happened 70 years ago. In this regard, with all the risks that come with it, we are grateful.

There is a dispute about this in Israel. I think Netanyahu thinks it is good. He basically said nix it or fix it. Probably there is no way to fix it in coordination with the rest of the partners, and you cannot fix it by just pulling out. But I assume that Bibi is happy with it. Many other people in Israel, in the defense and security establishment, share my view that the deal is a bad deal but once it’s there it’s better to let it burn the time that Iranians are held to, refraining from moving forward. And use that time to prepare very carefully and cautiously the steps that should be taken if they break out [sprint toward a nuclear weapon].

I think we need to sit together with the Administration behind closed doors and make sure that our intelligence sources are intelligently prepared. We have to define what we mean by breakout, what steps by Tehran might bring sanctions to the table, what might bring the military option to the table, by Israel or by the United States [which have had different thresholds in the past]. I think this process should have been begun three years ago with Obama, but Bibi chose to enter into the American internal debate.

We need to do it with Trump now, with the much more friendly relationships at the top. But that doesn’t mean having America pull out. I don’t see how advancement with the missiles and the other issues comes out of this.

Did Israel need a new front right now against Iran?

It’s not our new front. It’s a sovereign decision of the American President. It’s not inspired by Israel. We have our immediate challenge with the Iranians here: The use of proxies deployed among the Golan Heights, deployment of drones and most important the Iranian effort to upgrade Hizballah rockets and missiles. We should never underestimate the nature of this threat, and we have to act against them — which we have been doing for years now.

But we need to minimize the amount of high-profile, hyperbolic statements about it, because that’s not needed. If you have to shoot, shoot; don’t talk. We are recently talking a little bit too much. There is not a shortage of channels to convey signals, warnings, even threats to the Iranians or to Hizballah or [Syrian President Bashar] Assad or anyone. I don’t think public podiums are the most effective ways to do it — it increases certain risks, including the possibility of miscalculations and secondary considerations, like prestige, and even potentially exposing sources or methods of operation.

So I think I prefer the old tradition — of doing what has to be done, not talking about it and leaving a certain element of being mysteriousness — as being more effective than showing off in this arena of kind of under-the-surface struggles. 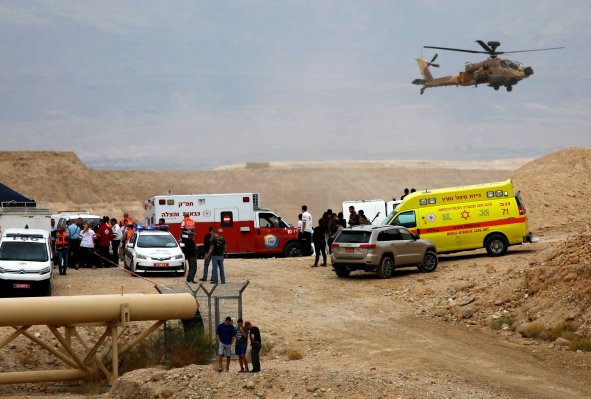