'He Was the Bane of My Life.' Priyanka Chopra Weighs in on the Simpsons' Apu Controversy

In the wake of the stereotyping controversy surrounding The Simpsons character Apu, Priyanka Chopra has shared her take on Springfield’s Kwik-E-Mart owner.

During a Friday appearance on The View, the Quantico star spoke about the problematic nature of the animated sitcom’s portrayal of the Indian-American Apu Nahasapeemapetilon. “He was the bane of my life growing up,” Chopra, who was born in Jamshedpur, India, said. “I was always asked when I was in high school—like at 14, 15—why I didn’t speak like that…I always had questions like that.”

The 35-year-old actor went on to say that she thinks it’s time to try to erase stereotypes. “Yes, it’s a cartoon. Yes, it’s a pop culturally super successful show,” she said. “But that gives it more responsibility.”

Apu—who is voiced by non-Indian actor Hank Azaria—was cast into the spotlight following the November release of comedian Hari Kondabolu’s documentary, The Problem With Apu. The Simpsons‘ later attempt to address the controversy—a scene in which Marge and Lisa discussed political correctness in 2018—was met with criticism by some who saw the response as dismissive.

Watch the clip of Chopra below. 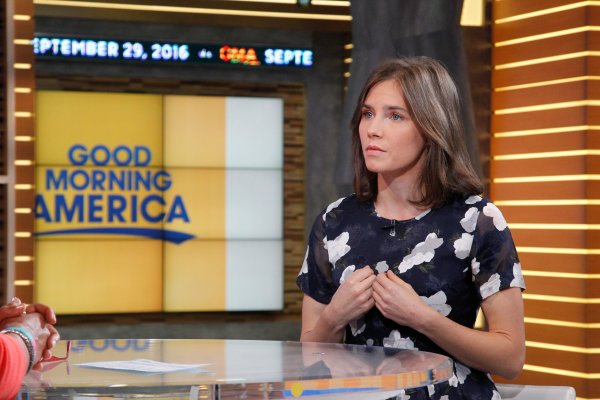 Amanda Knox on Her New Show, #MeToo and Life After Prison
Next Up: Editor's Pick