Meghan Markle and Prince Harry will be including as many people as possible in their upcoming May 19 royal wedding at Windsor Castle. No, the guest list hasn’t expanded. Instead, the BBC itself is on the side of the couple. The latest update: the broadcaster will be waiving TV licensing fees for public viewing parties of the spring nuptials, making it possible for people to come together to watch the British royal and his American fiancée wed without needing to pay for access to the footage.

“In exceptional circumstances, the BBC can grant a dispensation for the temporary viewing of television, so long as the viewing is for the sole purpose of screening an event which is judged by the BBC to be of national importance,” said BBC head of revenue management Pipa Doubtfire. And yes, the BBC considers the royal wedding to be exactly such an event of “national importance.” (It’s even taking precedence over the kind-of-a-big-deal FA Cup, also scheduled to take place May 19. But sorry, soccer fans: no fees are getting waived for that one.)

This is a particularly big deal in the U.K., of course, where already “hundreds” of organizers of street parties have applied to local governments for road closures, pub hour extensions, and the like. While U.S. viewers will have to wake up extra early to watch Markle walk down the aisle, British viewers will be enjoying a lovely midday celebration. 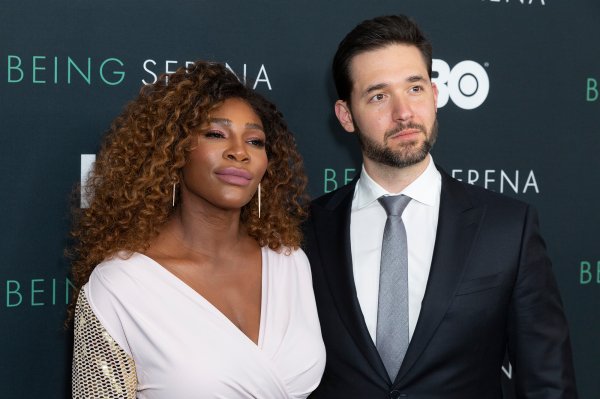 The Key Wedding Advice Serena Williams Has for Meghan Markle on Her Wedding Day
Next Up: Editor's Pick