Kensington Palace announced on Twitter Friday that the baby son of Prince William and Catherine, Duchess of Cambridge, is to be called His Royal Highness Prince Louis of Cambridge.

But what is slightly less cheerful is the tragic backstory behind baby Louis’ name. It is likely that the infant’s name choice was influenced by Lord Mountbatten, Prince Charles’ great-uncle who was assassinated by the Irish Republican Army (IRA) in 1979.

Lord Mountbatten, whose great-grandmother was Queen Victoria, was a distinguished British Royal Navy officer who fought at sea in World War One and World War Two. He was captaining the destroyer flotilla H.M.S. Kelly when it was torpedoed off the German coast and then sunk by German dive bombers in 1941, killing half the crew. Lord Mountbatten also graced the cover of TIME magazine in 1942.

The following year, he came under fire for leading the disastrous commando raid on Dieppe in northern France, who contributed to his reputation of being a reckless leader. However, he was still hand-picked by wartime Prime Minister Winston Churchill as a integral planner for the bold and generally highly-regarded D-day invasion of June 1944.

Lord Mountbatten died aged 79 when the IRA detonated a bomb on board his boat in August 1979. Three others died in the attack, including his 14-year-old grandson Nicholas Knatchbull.

“Whether commanding a destroyer in the thick of battle in World War II or, later, presiding over India’s independence in the first shedding of empire, Mountbatten accumulated public triumphs with a seemingly magical ease,” TIME wrote of the late Navy officer in his obituary.

Lord Mountbatten was recently brought to life in the Netflix television series The Crown, in which he was portrayed by the British actor Greg Wise, best known for movies including Sense and Sensibility, Effie Grey and Johnny English.

The name Louis has other royal connections. Prince Philip, the newborn’s great-grandfather, grandfather was Prince Louis of Battenberg. Louis is also the middle name of Prince George and Prince William. However, despite the name’s royal significance, it was given odds of just 33/1 on Monday following the baby’s birth. 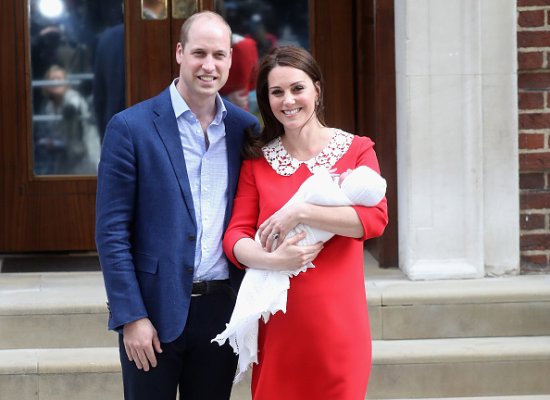 The Royal Baby's Name Announcement Has Sent the Internet Into a Frenzy
Next Up: Editor's Pick