Tina Brown: Meghan Markle Was Destined to Be the Ideal 21st-Century Princess

Meghan Markle, the US fiancee of Britain's Prince Harry, attends an Anzac Day dawn service at Hyde Park Corner on April 25, 2018 in London, England.
WPA Pool—Getty Images
Ideas
By Tina Brown
Brown is the author, most recently, of The Vanity Fair Diaries.

She’s divorced, bi-racial, 36 — and Prince Harry’s bride-to-be. Even so, Meghan Markle, the subject of Andrew Morton’s latest biography, is a tame assignment compared to the explosive ingredients served up in the book that made his reputation.

Diana: Her True Story, Morton’s 1992 biography of the Princess of Wales, sold seven million copies. It was a journalistic scoop-de-grace so rich in pay dirt that its revelations shook the House of Windsor for the next 20 years. Its impact can be summarized in the Sunday Times headline that affronted Prince Charles when he descended to breakfast at Highgrove and unfurled his freshly ironed newspaper: “Diana Driven to Five Suicide Bids by ‘Uncaring’ Charles.”

The cover may have boasted Morton’s name, but it was, in reality, Diana’s book, dictated to her doctor friend James Colthurst. He smuggled the radioactive tapes out of Kensington Palace in the basket of his bicycle and delivered them to the patiently salivating Morton at his London home.

Absent the drama of that fugitive conception, Morton’s Meghan: A Hollywood Princess toils to make the most of Markle’s mixed-family background growing up in Woodland Hills, Calif. and Hollywood. Her mother, Doria Ragland, was a trainee make-up artist at ABC studios in 1979 when she met Meghan’s father, Tom Markle, a hunky cameraman competent enough to win a couple of Daytime Emmys on the soap opera General Hospital. They were married six months later by the Indian Yogi Brother Bhaktananda (born Michael Krull in Pennsylvania) at the Self-Realization Fellowship Temple on Sunset Boulevard, a venue that the Daily Mail, in classic irrelevant tabloid innuendo, describes as “a stone’s throw from where Hugh Grant was infamously caught with prostitute Divine Brown.”

Like Diana’s parents, the Markles divorced when she was six; but unlike Diana, who rattled around Park House in Norfolk largely unparented after her mother absconded, Meghan was raised by Doria and her grandmother in a cocoon of practicality and warmth. Her father’s showbiz Rolodex nurtured her budding actress aspirations, but Meghan’s first role was as diplomat mediating between warring parents, aggravated by the presence of resentful half-siblings from dad’s second marriage. One of them, Samantha, is the author of bitter tweets today about “Princess Pushy.”

Despite her half-sister’s bile, Meghan emerges from Morton’s account as a good egg — compassionate, diligent and poised. She wrestled gracefully with lazy racism when her mother was mistaken for the nanny by wealthy neighbors in suburban Woodland Hills. While at the elite Little Red School House in Los Angeles, she volunteered at a Skid Row food bank. At 11, she was a PC-prodigy, writing earnest letters to Procter & Gamble protesting sexism in their ads about dish washing. She was encouraged in letters from First Lady Hillary Clinton, NBC News Washington, DC Anchor Linda Ellerbee, and the lawyer Gloria Allred, creating a PR flurry that actually caused the company to change the commercial. By the time she graduated from Immaculate Heart High School and Northwestern University, she was a star of campus productions with a degree in theater studies and international relations — a perfect combination, when you think about it, for the royal stage.

What is remarkable about this otherwise unremarkable story is Meghan’s tenacity. She slogged for seven dismal years on the flesh-flashing Hollywood B list, taking parts in shows and movies as the winsome secretary, the stripper, the pass-through FBI agent and the Fedex delivery girl. It was not until 2011 that she landed the break-out role of the crisp paralegal Rachel Zane, in the USA hit Suits, and moved to Toronto where it was filmed.

The first glimpse of serious success turbocharged Meghan. After Suits, it all came together flawlessly. She dumped her starter husband, Trevor Eagleton, a gregarious and haphazard movie producer never destined for the top. She upped her brand visibility with a lifestyle blog that came to boast 1.5 million readers. The Tig, as she called it, combined Gwyneth Paltrow-like recommendations for luxe destinations with fashion items, human rights advocacy and recipes like beet pasta with arugula pesto. She was ascending to the roster of cool activists who score speaking gigs and themed ambassadorships with the UN. By the time she ended a two-year affair with a celebrity chef in Canada, her life had become the familiar branding brew of modern celebrity: Soho House minglings, jewelry sponsorships and blogs about the “period poverty” of Indian schoolgirls denied sanitary breaks.

What could be a better resume for the life of an impending Royal in the Instagram Age? Especially for Prince Harry. When Diana’s younger son met and fell hopelessly in love with Meghan on a blind date set up by a mutual friend, he’d finally emerged from a troubled decade as a tearaway toff with a drinking problem. It’s never easy being the “spare” to the heir, his sober elder brother William. Harry was deployed to Afghanistan twice, first with his army regiment and then as a helicopter pilot in the Army Air Corps. Gratifying work founding an AIDS charity in Africa and a wounded warriors initiative, the Invictus Games, finally whipped him into enough shape to take on Royal gigs as a proud proxy of the Queen. Timing is everything. Just as Meghan was completing her own meticulous self-grooming as a glamorous humanitarian, Harry had started to hanker for a self-confident partner in a life of tabloid-scrutinized do-gooding — one who also liked the adventure of glamping under the Botswana stars.

There are some who write that Meghan will miss her buzzing life in entertainment, but who are they kidding? Yes, royalty will be dull at times. But so was Hollywood. Her new position will never depend on a callback or an agent. And yes, in a gesture that’s a modern-day equivalent of taking the veil, she has been compelled to shut down all her social media accounts. But now, her flourishing social conscience will have one of the biggest bully-pulpits of all.

An activist actress, not an aristocratic royal amateur, is probably the best possible job description for a 21st-century HRH. And the the world awaits the picture of Meghan’s mother, a woman of color, standing beside the tiny, enduring figure of the Queen at the wedding — the shot that will seal Diana’s legacy as the monarchy’s great transformer of social attitudes.

Harry, one feels, will never have to descend to breakfast to read an unwelcome headline about his marriage. 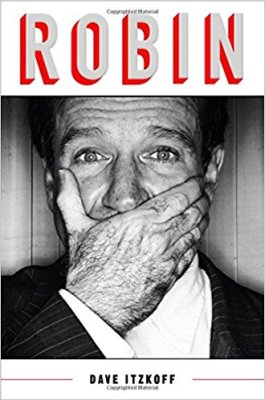 8 New Books That Dish the Dirt on Show Business
Next Up: Editor's Pick