The highly-anticipated announcement of the new royal baby name was made via Kensington Palace’s official Twitter account on Thursday, prompting an outpouring of emotion from royals fans around the world. As the odds on Louis had previously been 33/1, many expressed surprised at the choice.

Some were quick to comment on the historical significance behind the name, while others opted to share strong opinions.

After arriving at St. Mary’s Hospital in London on Monday, Kate Middleton gave birth to her third child with Prince William at 6 a.m. EST. The couple then introduced Prince Louis to the world outside the hospital’s private Lindo Wing just as they did with their first two children, Prince George and Princess Charlotte.

See some more reactions to the newly-named Prince Louis below. 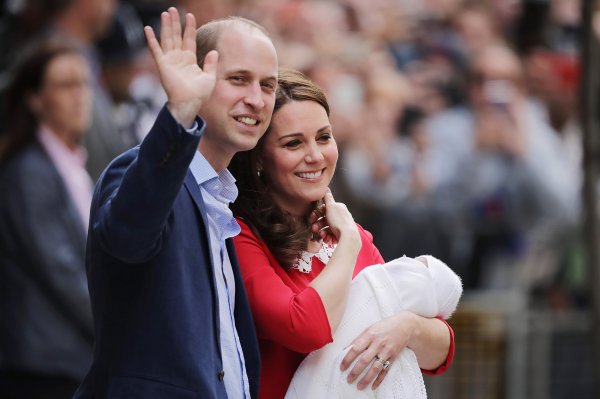 Royal Babies Through the Years
Next Up: Editor's Pick