On Tuesday night, one of Ben Platt‘s dreams nearly came true: he met beloved duo John Krasinski and Emily Blunt, and is just that much closer to becoming a part of the lives of his idolized couple.

Actor and director Krasinski was being celebrated at the TIME 100 Gala as a member of the 2018 list, while Platt — perhaps best known as the Tony-winning actor from Dear Evan Hansen — was attending as a 2017 honoree. But Platt’s publicized adoration of Krasinski and Blunt goes back to before he met them at the party. After seeing A Quiet Place early in April, he tweeted about both actors, calling Krasinski a “renaissance man” and Blunt “perpetually brilliant.”

“If you’d ever consider a throuple, you know where to reach me,” he said then. Luckily for him, the TIME 100 party brought them together mere weeks later, and he was able to orchestrate a casual meeting. “Inching my way into this marriage,” he joked again on Twitter after the event, sharing a photo of the three of them. Since both Platt and Blunt have serious singing chops, it seems only a matter of time until they work together. Krasinski could direct. Hollywood producers, are you listening? 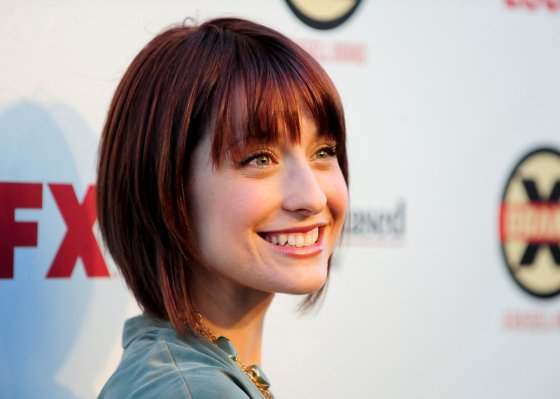 Woman Says Actress Allison Mack Tried to Recruit Her Into Sex Cult
Next Up: Editor's Pick