Speculation about the name of the new royal baby has run rampant — and it’s possible that Arthur might be the winning guess. That’s the rumor circulating after Prince William called out the name of a photographer while exiting the hospital with Catherine, Duchess of Cambridge and their newborn prince son on Monday.

According to some Twitter accounts, the Duke of Cambridge said, “There’s Arthur, there he is,” while pointing to a photographer who works for The Sun, a popular British tabloid. The photographer in question, Arthur Edwards, is referred to as a “veteran” in his field, so would be known by sight to the royals.

Oddsmakers have been taking bets on the name of the new royal baby for months now. While Alice was favored early on before the gender of the child was revealed, Arthur has since taken the lead as the most betted-on moniker for the addition to the Windsor family. James, Charles and Albert were also popular in the early odds.

As for the photographer Arthur Edwards? He’s no stranger to royal baby hullabaloo. According to his Twitter bio, he has been working with The Sun on royals coverage for over four decades and been behind the lens for seven royal births, plus seven royal weddings. 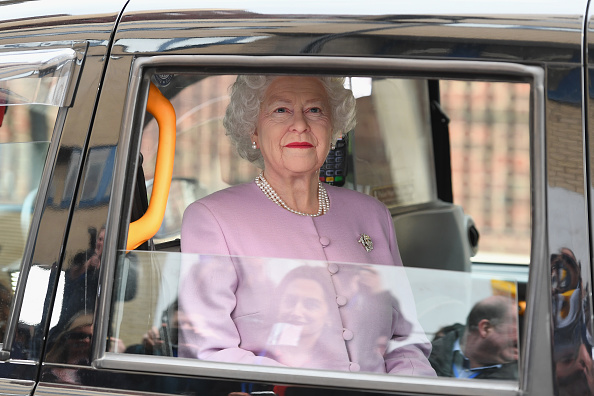 Fake 'Queen Elizabeth' Steals the Show at the Hospital After the Royal Baby's Birth
Next Up: Editor's Pick