Shortly after Kate Middleton gave birth to the third royal baby on Monday, a town crier stood on the steps of the Lindo Wing to announce the joyous news to all those gathered outside St. Mary’s Hospital. It was then that a meme was born.

Tony Appleton may not be the royal family’s official town crier, but he has been at St. Mary’s to announce the birth of each of the Duke and Duchess of Cambridge’s three children: Prince George, Princess Charlotte and the couple’s still unnamed new baby boy.

Following Kensington Palace’s confirmation that Middleton successfully delivered a baby boy at 6 a.m. Eastern Standard Time on April 23—the new prince weighs 8 lbs. 7 oz. and both he and his mom are healthy—the 81-year-old Appleton took to the steps of the Lindo Wing to make his royal baby announcement.

“Every proclamation I make is important to me, whether it is a friend, a company, or a member of the royal family,” he told Town & Country. “They all deserve my best efforts to celebrate good news.”

The Internet, of course, couldn’t help but have some fun with the scene outside the hospital. See a selection of reactions below. 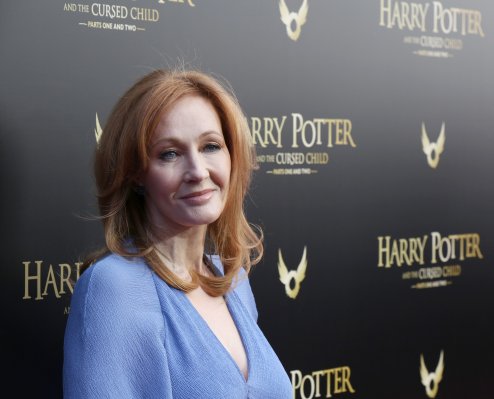 J.K. Rowling Is Hilariously Tweeting Her Royal Baby Thoughts
Next Up: Editor's Pick