Ronan Farrow on the #MeToo Movement: 'This Was Never About Taking Out Powerful People.'

Sir Harold Evans, left, and Ronan Farrow, center, at the Time 100 Gala at Jazz at Lincoln Center on April 24, 2018 in New York City.
Landon Nordeman for TIME
By Raisa Bruner

It’s been a big week for Ronan Farrow: the journalist and lawyer won a Pulitzer Prize for his reporting on Harvey Weinstein for the New Yorker, was named to the TIME 100 for 2018 and published a new book, War on Peace: The End of Diplomacy and the Decline of American Influence. Luckily, he took the time to celebrate at the TIME 100 Gala in New York City on Tuesday, attending with his mom, Mia Farrow.

At the gala, the Pulitzer prize winner clarified the true purpose of the #MeToo movement.

“I don’t think that this movement was ever about taking out powerful people,” Farrow told TIME. “This was about victim and survivors being heard for the first time. The example Emily Nestor set will last the test of time.” (Nestor, one of the first women to come forward about Harvey Weinstein, was Farrow’s guest for the evening.)

Farrow was honored by TIME for his reporting alongside the New York Times reporters Megan Twohey and Jodi Kantor, who all helped break the stories of systemic harassment allegedly experienced by actresses including Ashley Judd, Rose McGowan and Asia Argento at the hands of powerful producer Weinstein. 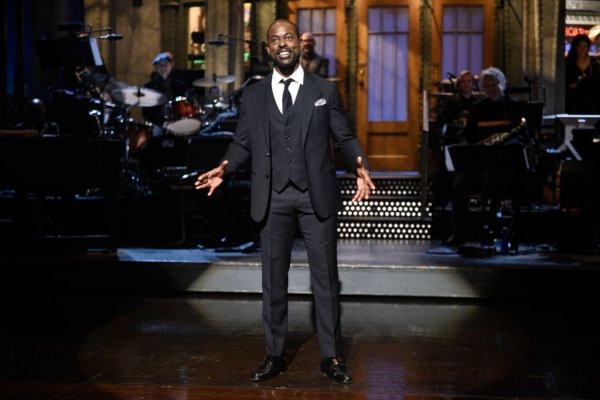 Why Sterling K. Brown Is Ready to Play Green Lantern
Next Up: Editor's Pick