Jimmy Kimmel is always keen to clap back at President Donald Trump’s tweets. But this time, he turned to an expert. A third grader.

The late-night host called in the big guns on Wednesday’s Jimmy Kimmel Live! after Trump’s tweet about a Stormy Daniels story.

“A sketch years later about a nonexistent man. A total con job, playing the Fake News Media for Fools (but they know it)!” Trump tweeted Wednesday, quoting a Twitter user.

Kimmel wasn’t having it. So he let a kid named Noah be the President’s guide to recognizing fake news. The child unpacked it all “in a very simple way,” Kimmel noted as he introduced the children’s TV-style “Explain It to the President” special.

“Hi Mr. President, today I’m gonna explain fake news because it’s not what you think it is,” Noah began, before delving into the dangers posed by intentionally fabricated news stories that spread on the wings of social media.

He even worked in dig about the spread of phony stories in November 2016. But in a kind way. 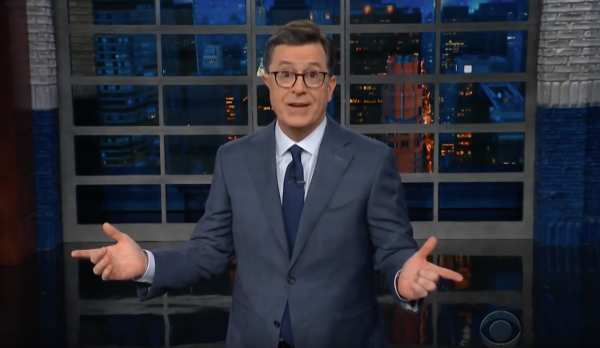 Stephen Colbert Has an Elaborate Theory of His Own About the Stormy Daniels Perpetrator Sketch
Next Up: Editor's Pick