This Is People's Beautiful Issue Cover Star for 2018

Pink’s latest album may be called Beautiful Trauma, but in the eyes of People Magazine she’s officially the cover star for the 2018 Beautiful Issue. The Grammy-winning singer-songwriter, who most recently performed the National Anthem at Super Bowl LII, received a Video Vanguard Award at the MTV VMAs and a Grammy nomination for Best Pop Solo performance and has been in the midst of a high-energy national tour, was announced as the cover star on Wednesday.

Pink follows 2017 Most Beautiful star Julia Roberts and 2016’s Jennifer Aniston with the coveted cover. She shares the cover this year with her two kids: Willow, six, and Jameson, who’s one. Pink, besides being one of the world’s best-selling recording artists, has long been a vocal celebrity. She shared a powerful speech at last August’s MTV VMA’s with a message to her daughter Willow, who said she didn’t feel beautiful.

“They say I look like a boy or I’m too masculine or I have too many opinions, my body is too strong,” she recalled in her speech.

With this cover, looks like she’s doing just that. 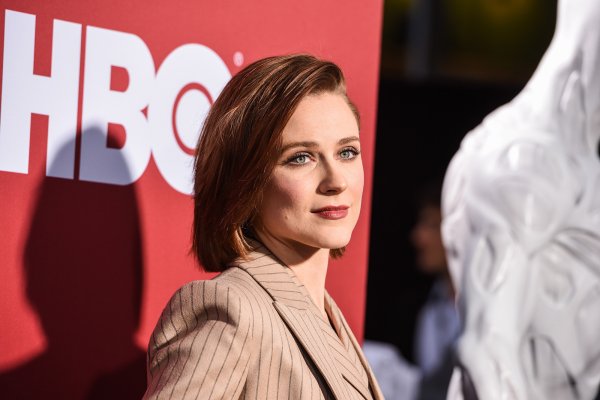 Evan Rachel Wood Discusses Getting Paid As Much As Her Male Westworld Co-Stars
Next Up: Editor's Pick