The other two clients are Trump and Republican fundraiser Elliott Broidy. Cohen has arranged payouts for women who said they carried on affairs with Trump and Broidy.

Sean Hannity addressed the disclosure on his radio show on Monday afternoon saying he never “retained [Cohen] in the traditional sense,” but that he has occasionally reached out to him for legal advice or opinion. Hannity also said he “definitely had attorney-client privilege” with Cohen in their conversations.

“I’d ask him a legal question and that’s it. I don’t think that it is that complicated,” Hannity said on the radio. “But I never used Michael in any case that involved me and any third party ever.”

However, Hannity later said in a tweet “Michael Cohen never represented me in any matter. I never retained him, received, and invoice or paid legal fees.”

The revelation was made at a Monday afternoon hearing in New York federal court as prosecutors and Cohen’s attorneys argued over who should get to see the boxes of evidence collected last week in an FBI raid on Cohen’s office, hotel room and home.

Cohen has argued that both he and Trump’s legal team should have access to the material before prosecutors in order to protect any information that falls under attorney-client privilege that exists within the documents.

U.S. District Judge Kimba Wood had asked for key details about who Cohen’s clients were and what documents may have been picked up by federal officials.

Broidy admitted last week that Cohen had negotiated a $1.6 million payout to a Playboy Playmate who said she became pregnant after an affair with Broidy. The woman later terminated the pregnancy.

Daniels was present at the hearing on Monday.

On Hannity’s network, Fox News, reporter Laura Ingle revealed the news about Hannity and then immediately segued with, “so moving on into the rest of what’s happening today…” The network shifted to coverage of Syria and Barbara Bush’s failing health. 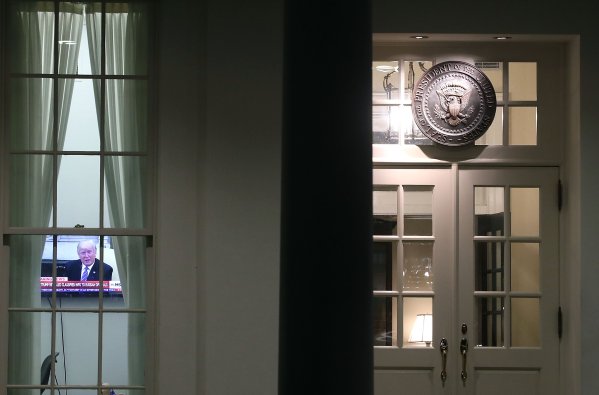