Gerrymandering activists gather on the steps of the Supreme Court as the court prepares to hear the the Benisek v. Lamone case on Wednesday, March 28, 2018. The case challenges Maryland's 2012 Congressional redistricting.
Bill Clark—CQ-Roll Call,Inc.
Ideas
By John Delaney
Delaney represents Maryland’s 6th District in the House of Representatives.

As the nation has mourned the 14 students and three staff members killed at Marjory Stoneman Douglas High School in Florida and marched on their behalf, a remarkable national consensus formed around the need for gun safety legislation. In a recent poll conducted by Quinnipiac University, an astonishing 97% of those surveyed said that they support requiring background checks for all gun buyers. More broadly, a Politico/Morning Consult poll found that 68% support stricter gun laws.

Despite such broad support and public mobilization, it looks like Congress and the President will do nothing to address the issue. There is no indication Republican leadership in the House of Representatives will even bring legislation that creates universal background checks forward for a vote, let alone consider other commonsense measures that are also widely supported. Across the country, people are rightly asking how this is possible. In addition to being the right thing to do, wouldn’t it make good political sense to implement policies that nearly everyone wants?

While considerable attention has been given to the power of special interest groups like the National Rifle Association, political spending only tells a part of the story. There’s something deeper that’s taken place, a more fundamental warping of our legislative branch that has put Congress entirely out of step with the American people on a variety of issues, including immigration, health care and gun safety.

One of the defining characteristics of American democracy in the last decade has been the loss of the House of Representatives as a responsible legislative body that reflects the will of the people. This has happened because of gerrymandering. And that’s a big part of why my colleagues and I can’t get anything done.

Every ten years, new Congressional lines must be drawn to reflect changes in the population — which effectively means that every ten years, the political party in control of each state has a new opportunity to draw lines to their advantage. We’ve long had gerrymandering — the term itself dates to 1812 — but in the age of big data and sophisticated voter-tracking, it’s easier than ever to do effectively. The latest round of gerrymandering, implemented in 2012, has filled the House with safe one-party seats, where primary voters — typically the most ideological — are the only voters that really matter.

According to the ratings done by Larry Sabato at the University of Virginia, only 90 House seats out of 435 are considered competitive, with the incumbent party having even a risk of losing the seat. The other 80% of the body are in safe Democratic or Republican seats — and in many of the Republican ones especially, you have to take extreme hardline positions to survive a primary, stances with which even most Republicans don’t always agree. The same phenomenon exists in Democratic seats as well, but you can really see how strong of an impact it has on gun safety especially.

The House wasn’t designed to work like this. With more frequent elections and smaller jurisdictions than in the Senate, it was meant to be close to the people and subject to frequent change. But that isn’t what’s happening anymore. Republicans had a historically good year in 2010, gaining 63 seats in the House and 6 seats in the Senate. This success was mirrored at the state level, as they flipped six governor’s offices and 20 state legislative bodies nationwide, which gave them control of significant majority of statehouses across the country and an outsized influence on what congressional maps looked like starting in 2012. The result was a significant GOP tilt overall. During the last House election, Republican House candidates narrowly received more votes than Democratic candidates, winning the national total of the vote share 49.1% to 48%. Nevertheless, that vote share translated into a crushing majority in the House, with Republicans holding a 241–194 advantage. In 2012, it was even worse. That year, Democratic House candidates actually received more votes (48.8% to 47.6%), but still ended up with only 46% of the seats, a 234–201 deficit in the chamber.

To be sure, the political map of the country creates certain inefficiencies, especially because of sorting that has taken place in recent decades with more left-leaning voters concentrating in urban areas. However, the Constitution is quite clear that the House of Representatives is supposed to represent people, not land.

Gerrymandering thus gives a small fraction of one party massive sway in Congress, and we’re once again seeing the results. As they have done on immigration, the House Freedom Caucus — the most right-wing portion of the GOP — has come out hard against any gun safety measures. As long as outgoing Speaker Paul Ryan hides behind the so-called Hastert Rule — not an actual rule but a philosophy that dictates that only bills that a majority of Republicans support should get a vote — it is unlikely that the wishes of the 90% will be heard. With real reforms unable to go anywhere in the House, it isn’t surprising to see the White House back off of any real changes to our nation’s gun laws.

The truth is, both sides gerrymander, and until we do something about it, both sides will keep gerrymandering. In fact, in my own state of Maryland, Democrats drew a map that benefited them, and the district I hold flipped from red to blue when new lines were drawn. I wasn’t in office during that process, but since coming to Congress, I’ve made redistricting reform a priority. My Open Our Democracy Act kills the gerrymandering virus by requiring that states use independent commissions to draw congressional lines. A number of states already draw lines this way, so we know that it can work. The Supreme Court is also examining the lines in a number of states and there is the potential that they could end partisan gerrymandering forever. And as we head into the midterms, the races at the state level will be especially important, because a good cycle for Democrats could enable us to draw fairer maps. There are also redistricting reform efforts underway in Michigan, Missouri, Ohio, Colorado and other states worthy of your support.

Here’s a simple premise: If 97% of the American people want a straightforward policy, it shouldn’t be unthinkable that Congress could implement it. Until that’s the case, the House of Representatives doesn’t deserve the title “representative.” 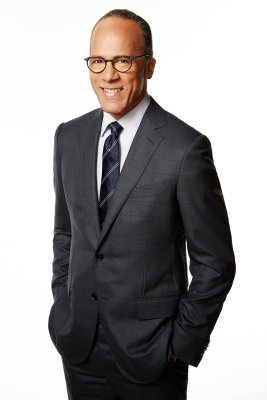