Why the Internet Will Never Stop Celebrating Rex Manning Day

April 8 is here, which means it’s time for fans of the quirky 1995 coming-of-age movie Empire Records hold dear as a momentous occasion on the pop culture calendar: Rex Manning Day.

If you missed this cult sensation, you’re not exactly alone so don’t sweat it. The movie presented cool music fans at their coolest. Wearing ’90s threads under their bright orange smocks, Renée Zellweger (Gina) and Liv Tyler (Corey Mason) starred as everyone’s favorite record store employees at a floundering indie shop in Delaware.

Here, we’ll bring you up to speed on what Rex Manning Day is.

So What is Rex Manning Day?

So, what’s the Deal With the Rex Manning Day Memes?

In the years following the movie’s release, Rex Manning Day has transformed into a time-honored unifying event on the internet. Influential in the ’90s and beyond, every April 8th gives true Empire Records fans an excuse to rekindle their love for the movie with a Rex Manning Day GIF or a Rex Manning Day meme on social media. If music can be “the glue of the world,” the memes also help with bonding.

The Rex Manning Day memes have enjoyed staying power for years. But what diehard enthusiasts would really prefer is to get the old cast back together to commemorate the film’s impact with a song. If we can’t have that, we’ll just have to enjoy the musical stylings of Rex Manning on “Say No More, Mon Amour.”

Relive the campy brilliance of Rex in all his glory in the music video below.

And don’t let the passage of time get you down. Today is the day for celebration.

Perhaps Empire Records character Mark (Ethan Embry) said it best. “We mustn’t dwell. No, not today. We can’t. Not on Rex Manning day!” 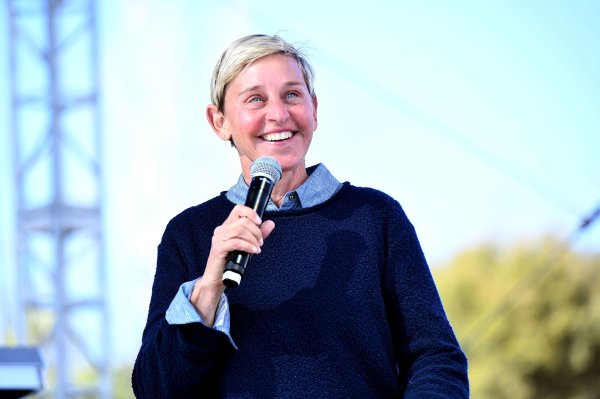 Ellen DeGeneres Played Basketball Against Kobe Bryant and Ice-Cube. And She Won
Next Up: Editor's Pick