Binge-watchers who logged onto Netflix this morning saw a new banner announcing that the streaming service has acquired Seth Rogen — an April Fools’ Day prank.

The American entertainment company also put out a fake press release and a fake video reveal on Twitter in which the Superbad and Knocked Up star reviewed the terms and conditions of this so-called agreement. “I should have read this before I signed it,” the comedian jokes in the video.

For those who were not sure whether the title of the press release was fake or not, the first line describes the actor as a “world-renowned Canadian person” and a “prolific marijuana-doer.” A so-called “Senior Netflix Development Executive” named Jareth Chumley is quoted as saying: “In the end we settled on a price a little higher than a standard Chili’s To-Go entree, but I’ll be damned, not by that much.”

The joke is for a serious cause, however. It is a promotion for Seth Rogen’s Hilarity for Charity, a taping of a star-studded fundraiser in Los Angeles to raise awareness about Alzheimer’s disease among millennials that users will be available to stream on the site on April 6.

Past April Fools’ Day pranks pulled by Netflix have included an announcement of a Netflix original movie about John Stamos, live-streams of bacon sizzling and a chicken being roasted, and a PSA warning about the dangers of binge-watching that begs users to take a shower.

See other funny pranks pulled by individuals and companies on TIME’s list of the best April Fool’s Day pranks of 2018. 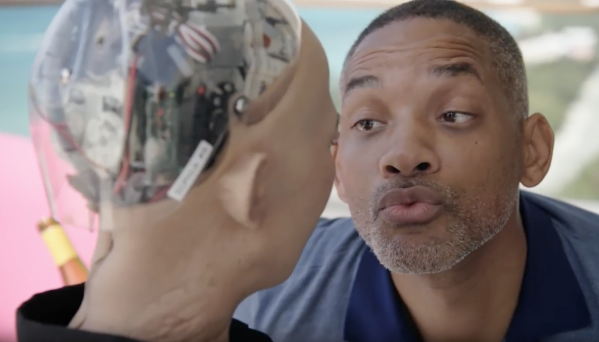 Will Smith Went on a Date With a Robot and It Was Amazingly Awkward
Next Up: Editor's Pick