People thought a paparazzi photo of Chrissy Teigen getting photobombed by a passerby was just a funny image. Others thought the man may have even been invading the popular celebrity’s personal space.

As model and cookbook author Teigen pointed out on Twitter, the passing good Samaritan was walking so close to her because he was actually stopping her from getting hit by a biker. “He actually saved me from getting run over by a cyclist,” she explained in a comment on a tweet. “I should have looked before stepping out!”

Teigen, who announced her second pregnancy in November, appeared to just be crossing a New York City street when the incident nearly occurred. Luckily it seems she has eagle-eyed angels surrounding her. Her husband John Legend may be inhabiting the role of Jesus Christ himself in the live NBC production of Jesus Christ Superstar at the moment, but there are all kinds of benevolent souls wandering our rough city streets, clearly.

Oh, and a reminder: always keep an eye out for the cyclists.

The explanation was prompted when a fan sent Teigen the photo in a tweet — and she had to joke about the funny optics of the snap, of course. 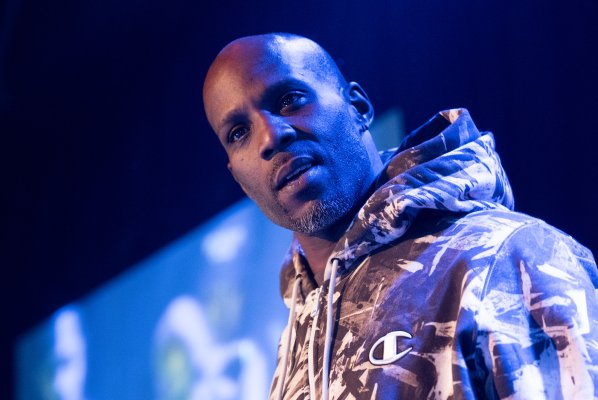 DMX's Lawyer Is Asking the Judge on His Tax Evasion Case to Listen to His Songs Before Sentencing
Next Up: Editor's Pick