Prince Harry salutes the ceremonial guards at Garden Island Naval Base for the International Fleet Review in Sydney on Oct. 5, 2013.
Mick Tsikas—EPA/Corbis
By Sarah Gray

The military’s role in the royal wedding was announced in March. More than 250 members of the armed forces will have ceremonial duties during Prince Harry and bride-to-be Meghan Markle’s May 19 nuptials.

“Regiments and units that hold a special relationship with Prince Harry will provide ceremonial support at the wedding and during the carriage procession at the request of Kensington Palace,” according to the Ministry of Defence.

Prince Harry served in the Army for a decade and did two tours in Afghanistan rising to the rank of Captain; he also is Commodore-in-Chief, Small Ships and Diving with the Royal Navy, Captain General Royal Marines, and Honorary Air Commandant of RAF Honington.

The 3 Regiment Army Air Corps and the Royal Gurkha Rifles, with whom Prince Harry served in Afghanistan, will be two of the regiments lining the streets in the precinct of Windsor Castle. In addition, there will be members of the Royal Navy Small Ships and Diving, Windsor Castle Guard from 1st Battalion Irish Guards, Royal Marines, and the RAF Honington.

The Band of the Irish Guards will be providing musical support in the streets around Windsor Castle.

Prince Harry and actress and philanthropist Meghan Markle are expected to break tradition in several ways at their wedding, but like his brother Prince William, Duke of Cambridge the military will have a special role. 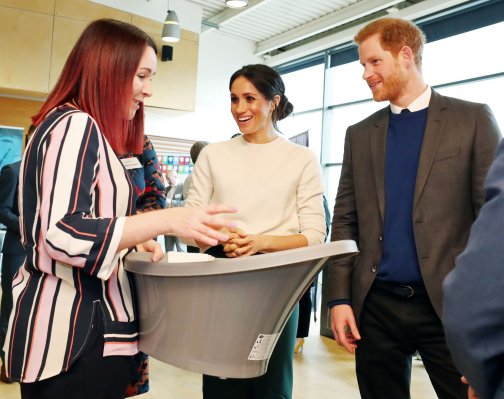 Meghan Markle Adds to Speculation About Baby Plans
Next Up: Editor's Pick