Organizers estimated that the March For Our Lives attendance in Washington, D.C. reached about 800,000 people, NBC News reported on Saturday afternoon. Law enforcement officials have not yet released an official crowd size estimate, but said they had prepared for 500,000.

The 2017 Women’s March attracted an estimated 500,000 people in Washington, D.C., according to crowd scientists cited by the New York Times, though some estimated it was even more. Crowd size is often difficult to determine exactly, and it can be a point of contention — as the long-running controversy over President Trump’s inauguration crowd size indicated.

Saturday’s demonstration brought downtown Washington to a standstill. From the foot of the Capitol to the White House more than a mile west, Pennsylvania Avenue and its tributaries were mobbed with demonstrators. They carried homemade signs while chanting, “Never again,” and “Vote them out.”

President Obama’s January 2009 inauguration, by comparison, was estimated at one million to 1.8 million attendees.

Crowds for President Barack Obama's January 2009 inauguration
DigitalGlobe/Google Earth
Demonstrators fill Pennsylvania Avenue as the March For Our Lives gets underway in Washington, D.C., on March 24, 2018.
Gabriella Demczuk for TIME

With reporting by Nash Jenkins/Washington, D.C. 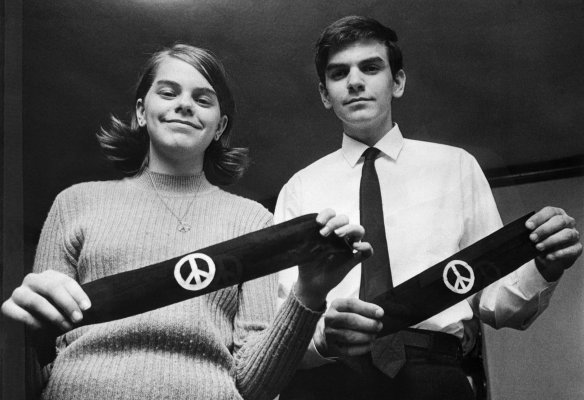 Here's What Happened When the Supreme Court Ruled on Whether Students Can Protest During School
Next Up: Editor's Pick