When the week began, Kayla Wells, a senior at Great Mills High School in Maryland, had no plans to participate in the March for Our Lives on Saturday.

But on Tuesday morning, her classmate, 16-year-old Jaelynn Willey, was shot in the head in the hallway of their high school just before class began. Wells went home restless, unable to sleep or make sense of what had happened, and she changed her weekend plans.

“That night, I went out and got posters because I knew that I had to be there,” Wells, 17, told TIME.

Willey — a swimmer and a sister to eight siblings — was critically wounded in the shooting by 17-year-old Austin Wyatt Rollins, with whom she had a “prior relationship” that recently ended, authorities said. She died Thursday night after being taken off life support.

She organized a poster-making session on Friday night. And on Saturday morning, she was among dozens of Great Mills students and alumni who drove to Washington, D.C. to march for Willey, carrying posters that said, “It happened at my school” and “Justice for Jaelynn.”

Jillian Carty, 18, graduated from Great Mills High School last year and is now a student at Franklin Pierce University in New Hampshire. But when the shooting happened on Tuesday, she thought immediately of her younger sister at the school, and she decided to drive back home and march, calling for a comprehensive solution to stop gun violence.

Hundreds of thousands of students are expected to participate in the march in Washington, D.C. and in sibling rallies around the country on Saturday. The movement was organized by student survivors of last month’s shooting at Marjory Stoneman Douglas High School, many of whom spoke out for Willey this week.

“We will march for you, Jaelynn Willey,” Marjory Stoneman Douglas junior Jaclyn Corin said in a tweet on Thursday. “We will march for all the students of Great Mills who will forever be traumatized because of what happened on Tuesday.” 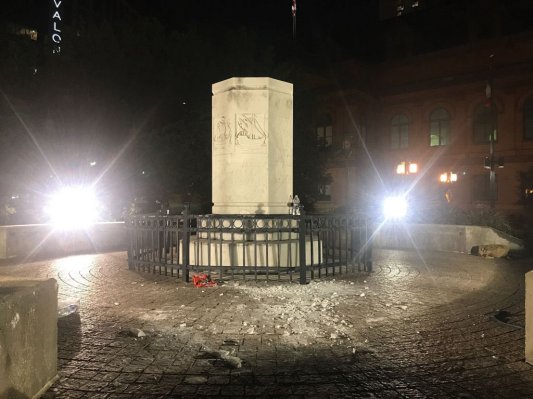