Seth Meyers Torches Trump Over 'Do Not Congratulate' Debacle

In the wake of President Donald Trump reportedly ignoring a warning from his advisers not to congratulate Russian President Vladimir Putin on his re-election, Seth Meyers joined the masses in cracking a few jokes about the apparent blunder.

During Wednesday’s episode of Late Night, Meyers took a closer look at Trump’s reported decision to ignore a note in the briefing materials for his Tuesday call with Putin that read, “DO NOT CONGRATULATE,” in all-caps—or as the host called it, “Trump’s native tongue.”

Meyers then went on skewer Trump for saying he expects to meet soon with Putin to discuss the arms race and other matters.

“Not only did Trump ignore the advice, he went 180 degrees in the other direction. They told him not to congratulate Putin and instead he invited Putin to a get-together,” he said. “That’s like if your wife says, ‘Your buddy Carl creeps me out, I don’t want him hanging around here anymore,’ and you say, ‘OK, totally got it, get it, problem solved—asked him to move in with us.'” 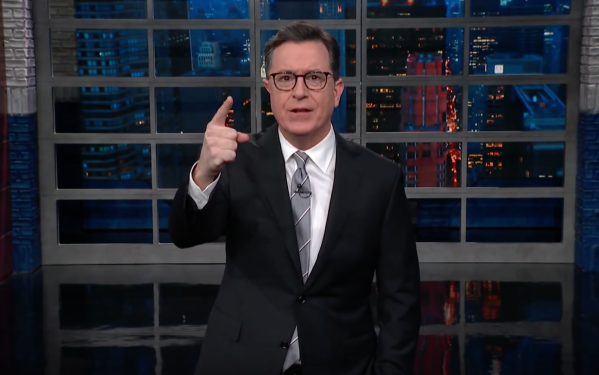 Stephen Colbert Can't Believe That Facebook Took Away the 'One Skill' Trump Had
Next Up: Editor's Pick