By Alana Abramson and Katie Reilly

An armed school resource officer confronted and exchanged gunfire with a school shooter Tuesday morning, less than a minute after the student wounded a female student, with whom he had a prior relationship, and another classmate at Great Mills High School in southern Maryland, police say.

The suspected gunman — who authorities identified as 17-year-old Austin Wyatt Rollins — died at a hospital after being confronted by the school resource officer, Deputy First Class Blaine Gaskill.

St. Mary’s County Sheriff Tim Cameron said authorities are still investigating whether Rollins was injured by Gaskill, who fired one round, or by a self-inflicted gunshot wound.

One victim, a 16-year-old female student, is currently in critical condition in an intensive care unit after sustaining life-threatening injuries, Cameron said at a press conference Tuesday afternoon. The other victim, a 14-year-old male student, has been hospitalized in stable condition. Both were shot in a school hallway at 7:55 a.m., shortly before class.

Cameron said Rollins, who used a semiautomatic handgun, had a prior relationship with the female student. But he could not confirm the extent of their relationship or whether that was a motive for the shooting.

“He responded exactly was we train our personnel to respond,” Cameron said. “You have to understand the situation that he responded in. These are children, and I’m sure that weighs on his mind.”

The shooting comes just over a month after 17 people were killed in a shooting at Marjory Stoneman Douglas High School in Florida — which has fueled a national debate over gun control policies and other measures to improve school safety. Thousands are set to participate in the March for Our Lives on Saturday, an event organized by Marjory Stoneman Douglas students to call for action on school safety.

In a statement after Tuesday’s shooting, Hogan warned that “prayers are not enough” when it comes to preventing future school shootings.

“The First Lady and I are praying for those who were injured, their families and loved ones, and for the entire Great Mills community as they come together to heal in the wake of this horrific situation,” Hogan said in a statement. “But prayers are not enough. Although our pain remains fresh and the facts remain uncertain, today’s horrible events should not be an excuse to pause our conversation about school safety. Instead, it must serve as a call to action.”

Write to Alana Abramson at Alana.Abramson@time.com and Katie Reilly at Katie.Reilly@time.com. 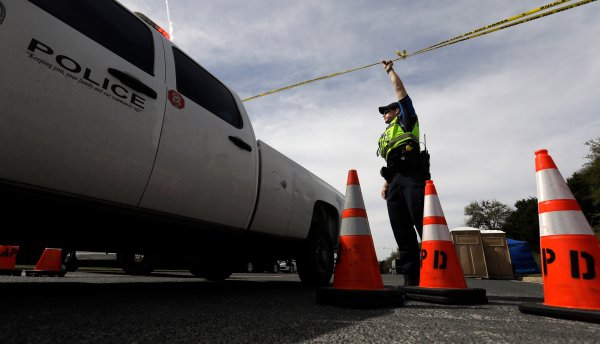