Those burgeoning flowers in your front yard may be dampened by snow — as the first day of spring promises wintry weather instead of warmer temperatures.

A winter storm is expected to roll across the Southern and Eastern regions of the United States this week despite the first day of spring arriving at 12:15 p.m. (E.T.) Tuesday. A wintry mix and wet snow is set to come from the Midwest to the Southeast Monday night, hitting cities like Washington, D.C., and Philadelphia. Snow is forecast to cover the East Coast from Tuesday night through Wednesday, hitting New York City and Boston, according to the National Weather Service.

While not as severe as recent storms, the impending snow storm bookends what served as a weather whiplash for spring-hungry East Coasters. March, the tail end of winter that typically brings warmer temperatures to the Northeast, included a trio of consecutive Nor’easters — some of which were deadly — along the East Coast that resulted in heavy snowfall, whopping winds, coastal flooding, thousands of flight cancellations and millions of power outages.

“March can be a very cruel month,” Tom Kines, a senior meteorologist at AccuWeather told TIME earlier this month before the second nor’easter storm hit. “You get those spring teases then winter returns.”

While not seeing with snow, other regions of the U.S. are also experiencing powerful weather patterns. “Very large hail and damaging winds” were expected Monday in the mid-south with “enhanced risk” for severe thunderstorms in Tennessee, according to the National Weather Service, and critical fire weather was reported in Texas and New Mexico. 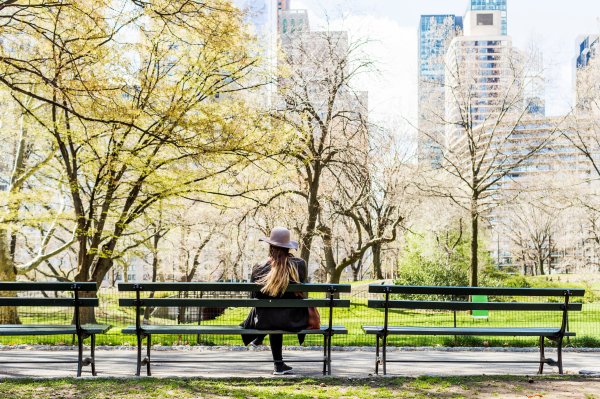 When Is the First Day of Spring 2018? 4 Things to Know About the Equinox
Next Up: Editor's Pick