Beyoncé and Blue Ivy Carter stole the show at the 2nd Annual Wearable Art Gala in Los Angeles on Saturday when they showed up to the event in matching metallic gold gowns and the effect was definitely flawless.

The gala, which was hosted by Beyoncé’s mother, Tina Lawson and her husband, Richard Lawson for the WACO Theater Center, had a theme of “WACO to Wakanda,” referencing the fictional African nation in Black Panther.

Queen Bey wore a custom gold gown with metallic cutouts and a gold train made by Falguni Shane Peacock; in an interview with WWD, the designers said that the dress was inspired by Nubian warrior queen Amanishakheto, with the metallic cutouts styled to look like the armor worn by Nubian armies. Six-year-old Blue Ivy, who engaged in a bidding war with director Tyler Perry for a portrait of Sidney Poitier, wore a gold dress with a full skirt and a matching gold wig that matched her mother’s look perfectly.

See Beyoncé and Blue’s looks below. 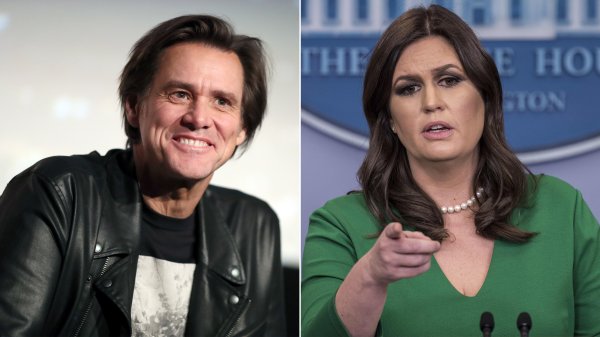 Jim Carrey Under Fire for a Painting That Looks Like Sarah Huckabee Sanders
Next Up: Editor's Pick