Where Are They Now? A Guide to Former Trump Administration Staffers

President Donald Trump is shaking up his Cabinet while hinting that other changes might be in store.

And speculation mounted that Trump would make further changes, including the potential departure of National Security Advisor H.R. McMaster, among others.

One big question for all of the White House staffers is what happens next. Here’s a look at what has happened to some of the other members of the Trump Administration who have left over the last year.

Flynn, Trump’s controversial first pick for National Security Adviser, was one of the first members of the President’s inner circle to be fired. He left the White House in February 2017 — after Trump had been in office less than a month — following disclosures that he had discussed Russian sanctions with the country’s Ambassador Sergey Kislyak during the transition, even though he had told Administration officials, including Vice President Mike Pence, that he had not done so.

Flynn pleaded guilty to lying to the FBI last December about that conversation with Kislyak, and is now cooperating with Special Counsel Robert Mueller. His family and friends have established a legal fund to help defray what are expected to be exorbitant financial costs.

US President Donald Trump congratulates Steve Bannon during the swearing-in of senior staff in the White House on January 22, 2017.
Mandel Ngan—AFP/Getty Images

Facing virtual isolation from his conservative colleagues in the domestic sphere following President Trump’s public rebuke and his resignation from Breitbart News, Bannon, who served as Chief White House Strategist for the first five and a half months of the Trump Administration, is now taking his populist agenda abroad. He spoke to a sold-out crowd in Zurich, Switzerland earlier this month, where he said that right wing populism and the Time’s Up Movement were on a collision course, and that only one could prevail.

But during that talk, he treaded carefully around the issue of Trump, who said in his disavowal of Bannon after the publication of a controversial book about the White House earlier this year that his former adviser had lost both his “mind and job” when he was fired from his position. Bannon told the moderator of the talk, Die Weltwoche editor Roger Köppel, that he was on “listening terms” with the President.

President Donald Trump shakes hands with James Comey, director of the FBI, during an Inaugural Law Enforcement Officers and First Responders Reception in the Blue Room of the White House on Jan. 22, 2017.
Andrew Harrer—Bloomberg

The former FBI Director, who was ousted last May in a series of remarkable and unprecedented events that ultimately resulted in the appointment of Special Counsel Robert Mueller, has found expression in an unlikely outlet: Twitter. Comey officially revealed his secret Twitter handle, writing that he “will try to tweet in useful ways.” Since that time, he has used his handle to weigh in on everything from his March madness bracket to his disapproval of the release of the memo overseen by Rep. Devin Nunes, which alleged that the FBI displayed bias in its investigation of ties between Donald Trump’s 2016 presidential campaign and Russia.

Comey is also publishing a book, A Higher Loyalty: Truth, Lies and Leadership, scheduled for release in April. While the contents have been shrouded in secrecy, the book is already a best-seller on Amazon, and will be accompanied by a media blitz that is virtually certain to generate headlines.

Trump’s first Chief of Staff, who was replaced by General John Kelly last summer, joined the law firm Michael Best & Friedrich LLP as President and Chief Strategist, as well as Chairman of the Board. But he is also speaking publicly about the chaos that defined his tenure in the White House. In an interview with Chris Whipple’s for the author’s book, The Gatekeepers: How the White House Chiefs of Staff Define Every Presidency, Priebus told Whipple the dysfunction inside the White House was even worse than what had been extensively reported. “Take everything you’ve heard and multiply it by 50,” he said.

The third communications director of Trump’s tenure in the White House lasted less than two weeks, but he moved on to a new venture: his own publication, the Scaramucci Post. He also made an appearance on “Dr. Phil” earlier this month with his wife Deirdre Ball, who had filed for divorce but did not follow through, to discuss the state of his marriage during his brief time at the White House. And, according to a report in the New York Post, he too has procured a book deal, titled The Blue Collar President: How Trump is Reinventing the Aspirational Working Class.

But Scaramucci also threatened to sue a student at Tufts University — his alma mater – about an opinion piece in the school newspaper, causing the University to postpone an event he was supposed to attend.

Trump’s first press secretary, who repeatedly drew headlines for his statements and daily press briefings, is yet another former Administration member to land a book deal. Spicer’s book, which is described by the publisher as “shedding new light on the headline-grabbing controversies of the Trump administration’s first year,” is scheduled for release this coming July.

Spicer, who signed with Worldwide Speakers Group last September, has also been speaking about his controversial tenure, which became a source of national amusement after Melissa McCarthy portrayed him on Saturday Night Live. “There were times where I screwed up, there’s no question about it,” he said on HLN in January.

He also had a fellowship at Harvard’s Kennedy School Institute of Politics. But the Harvard Crimson criticized the university for the way it handled the fellowship, calling it a “secret” fellowship and noting that nothing he said for the duration of his time there on the record. 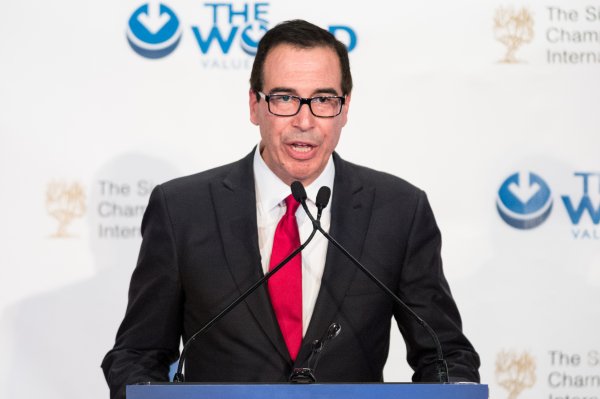