The House Passed a School Safety Bill While Students Walked Out of Class. Here's What's in It. And What's Not

Thousands of local students march down Pennsylvania Avenue to the US Capitol during a nationwide student walkout for gun control in Washington, DC, March 14, 2018.
Saul Loeb—AFP/Getty Images
By Sarah Gray

Thousands of students walked out of class on Wednesday to demand action from Congress on school safety and gun control. The #Enough National School Walkout commemorated the one-month anniversary of the shooting at Marjory Stoneman Douglas High School that left 17 dead, and it was just the first of several planned marches and walkouts.

On that same day, the U.S. House of Representatives passed the STOP School Violence Act of 2018 in a bipartisan vote of 407 to 10. Only five Democrats and five Republicans voted against the bill. It was the first school safety-focused measure to pass in the House since the shooting.

The bill has been introduced in the Senate, where it has bipartisan support.

What is in the STOP School Violence Act?

The bill, which was introduced by Rep. John Rutherford (R-Fla.) several weeks before the shooting in Parkland, Florida, has 94 bipartisan co-sponsors in the House, including Rep. Ted Deutch (D-Fla.), whose district includes Parkland. The bill reauthorizes a Justice Department program focused on stopping school threats. It provides $50 million per year to:

Marjory Stoneman Douglas High School student Kyle Kashuv, who calls himself a conservative, supported the Senate version of the bill in a tweet.

What isn’t in the STOP School Violence Act?

Absent from the STOP School Violence Act is any mention of gun control — despite student protests for gun control laws and high levels of public support — or guns at all. At the request of Democratic lawmakers, a provision was added to the bill preventing the funds from being used to arm teachers.

And while there is bipartisan support for the school safety provisions in this bill, some Democrats criticized the lack of gun control measures.

“It should be unacceptable to all of us that we must take steps to train staff and students to protect themselves against these types of incidents, instead of spending more money on actually educating our young people,” Rep. Jerrold Nadler (D-N.Y.), who voted for the bill, said in a statement. “This bill does not include any provisions to strengthen our gun laws or to help keep guns out of the hands of those who should not possess them. Evidence and experience tell us that we must establish universal background checks instead of the flawed system we now have.”

What is the status of gun control in Congress?

Gun control bills have been introduced in both chambers, but they have remained stalled.

“I’m extremely interested in seeing Senator Cornyn’s Fix NICS bill passed and a significant school safety bill passed,” Senate Majority Leader Mitch McConnell said on Tuesday, according to CNN. “The best way to get that done is still under discussion. But I’m anxious to pass both of them, and pass both of them soon.”

Though there is bipartisan support and cosponsorship for this bill, Senate Minority Leader Chuck Schumer (D-N.Y.) said it would be an “abject failure” if that was the only gun control measure passed after the Parkland tragedy.

Correction: The original version of this story misstated how Rep. Jerrold Nadler voted on the STOP School Violence Act. He voted for the bill, not against it. 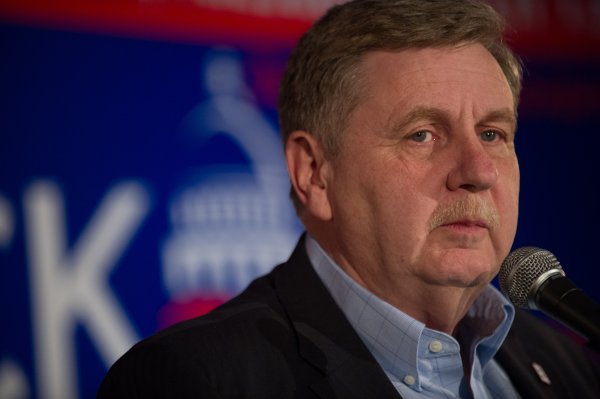