Katy Perry Gave an American Idol Contestant His First Kiss. He Has Mixed Feelings About It.

An American Idol contestant who got his first kiss from Katy Perry while auditioning for the singing competition has called the moment “uncomfortable.”

When Benjamin Glaze appeared in October before the judges of ABC’s Idol reboot—Perry, Lionel Richie and Luke Bryan—the then 19-year-old Oklahoman was only expecting to perform either his self-written song “Stadium” or Nick Jonas’ “Levels.” However, after a joke about Perry’s 2008 smash hit “I Kissed a Girl” led Glaze to reveal he had never done said deed, Perry ended up unexpectedly planting one on him.

“I was a tad bit uncomfortable. I wanted to save it for my first relationship,” Glaze recently told the New York Times. “I know a lot of guys would be like, ‘Heck yeah!’ But for me, I was raised in a conservative family and I was uncomfortable immediately. I wanted my first kiss to be special.”

Despite his discomfort, Glaze said there has been one upside to the whole incident. It raised awareness about his music.

“So in that way,” he said, “I’m glad she did it because it’s a great opportunity to get my music out.”

The kiss aired during the show’s March 11 season premiere and garnered criticism from some viewers who called Perry’s actions inappropriate. “Am I the only one who was seriously uncomfortable about the Katy Perry kiss on #AmericanIdol?” wrote one Twitter user. “It’s super weird and awkward and not asked for.” 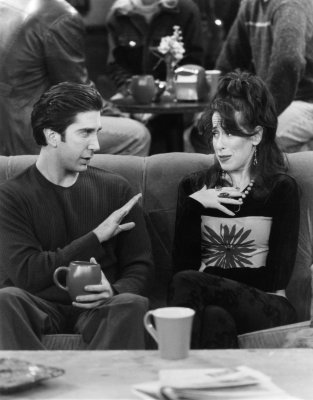 People Swear They Can Actually Hear Janice From Friends Laugh Annoyingly in This Photo
Next Up: Editor's Pick