The first trailer for Fantastic Beasts: The Crimes of Grindelwald has sparked a heated debate amongst fans of the Harry Potter universe.

Following the Tuesday debut of the preview, some wizarding world aficionados took to Twitter to express their dismay over the fact that the very first scene appears to show a group of witches and wizards apparating inside the grounds of Hogwarts. Considering J.K. Rowling made it extremely clear throughout the seven-book Harry Potter series that Hogwarts was blocked from apparition, it’s understandable why fans are taking issue with the seemingly glaring error.

However, The Crimes of Grindelwald takes place in 1927 when Dumbledore—who is played by Jude Law in the movie—was still Hogwarts’ transfiguration professor and not yet its headmaster, meaning the school may have been bound by different magical laws.

Nonetheless, viewers had a lot to say about the possible mistake. See some of the reactions below. 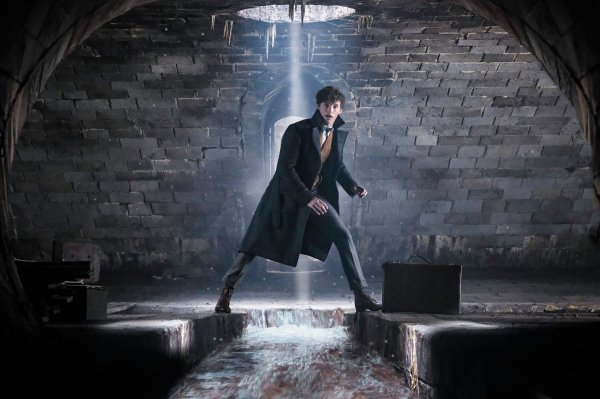 Young Dumbledore Makes His Triumphant Fantastic Beasts Debut in The Crimes of Grindelwald Trailer
Next Up: Editor's Pick