Although it may seem like Kit Harington’s fiancée would have the inside track on everything Game of Thrones, Rose Leslie apparently has no interest in spoiling the show for herself.

During an appearance on Monday’s episode of Late Night to promote her role on The Good Fight, the 31-year-old actor revealed that she wouldn’t let Harington—who plays King in the North Jon Snow—read the season eight scripts in front of her for fear of gleaning any secret information from his face.

“With Game of Thrones, I’m like the rest of the world. I’m waiting for the new and final season,” Leslie told host Seth Meyers. “I remember kind of like over the summer, summer just gone, obviously, the new episodes for the final season were coming through onto his iPad. And I mean, I can read his facial expressions. I didn’t want to know anything that’s going on like, within his eyes or anything like that. So, I sent him packing. I kind of like boot him out so he can go to the coffee shop.” 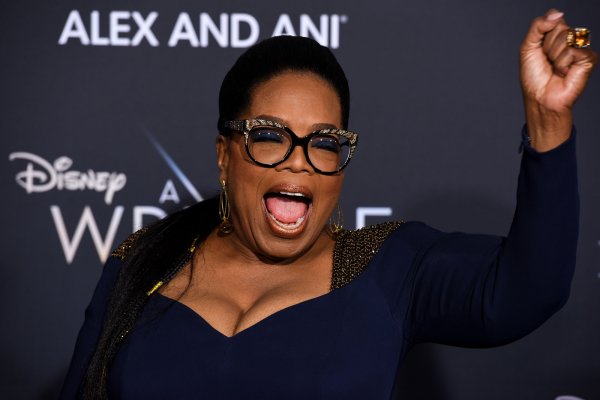 Oprah Describing Her Oprah-Shaped Bathtub Will Set a New Standard for Success
Next Up: Editor's Pick