A Third Nor'easter Is Battering the East Coast. Here's How Much Snow Winter Storm Skylar Could Bring

By Aric Jenkins and Jennifer Calfas

The third Nor’easter in two weeks bore down on the Northeast Tuesday, once again causing power outages, flight and train cancelations and arduous commutes for residents still recovering from prior storms that hurled whopping winds and blanketed cities in snow.

The National Weather Service issued winter storm warnings and advisories from New York to Massachusetts to Maine, with blizzard warnings in place for New England’s coastal cities like Boston, where up to 18 inches of snow is expected. This Nor’easter, named Winter Storm Skylar, is also expected to produce “bomb cyclone” conditions, which comes when there is a drop in atmospheric pressure. Like the other two Nor’easters, Winter Storm Skylar is expected to experience rapid intensification due to the weather phenomenon known as bombogenesis, combining high winds with heavy snow in parts of New England.

But this storm may be more difficult to manage, said Paul Walker, a meteorologist at AccuWeather. Indeed, snow is still piled up on the streets and homes and businesses are still managing power outages and other issues as a result of the most recent storm just days ago. Worn down coastlines can also amount to coastal flooding despite lower tides than the first storm of the month, Walker said, and weakened trees could result in more collapses and power outages. And even more snow means smaller plows may not work as well, and hills of snow can become mountains.

While not uncommon, these back-to-back-to-back storms come at a time when the atmosphere is blocking the storm systems from moving off land and into the ocean. As a result, the storms “get forced to move right up to New England,” Walker said.

Early Tuesday morning, FlightAware, a live flight-tracking website, showed more than 1,600 flight cancellations across the U.S., with a number of those cancellations coming from Boston Logan Airport, as well as others in Portland, Burlington and coastal destinations like Nantucket and Martha’s Vineyard.

Earlier storms in March resulted in a number of deaths and millions of power outages for residences and businesses across the East Coast. As people living in the impacted areas manage yet another storm, Walker advices them to keep their power generators outside of buildings — per advice from the Centers for Disease Control and Prevention – and to take breaks while shoveling snow to avoid exhaustion, or in extreme causes, heart attack.

Boston is expected to receive a significant amount of snow, with the latest forecast calling for up to 12 to 18 inches, according to Weather.com.

Most of Massachusetts has already gotten 6 to 8 inches of fresh powder by Wednesday afternoon, with many areas seeing a foot or more.

Starting early Tuesday, snow began falling at a rate of 1 to 3 inches per hour and there were reports of wind gusts topping 70 mph in some areas causing whiteout conditions, according to the National Weather Service in Boston.

Blizzard warnings were in effect for some parts of Massachussets as well as various winter storm warnings.

Farther south down the East Coast, the snowfall is not expected to be as heavy. New York City will likely be blanketed with a fresh blanket of less than one inch of snow, according to Weather.com.

Cities upstate, though, will receive a heavier amount of snow from Winter Storm Skylar. Albany and Syracuse could accumulate at least 5 to 8 inches of snow, with other parts of New York expected to get up to 8 to 12 inches.

Sections of Long Island closest to New York City will see little accumulation, but the snowfall increases farther to the east. The majority of the island should receive anywhere from 5 to 12 inches, according to forecasters, but towns like Montauk on the outermost edge of the island could get walloped with 12 to 18 inches of snow.

The Garden State shouldn’t be too overwhelmed by Winter Storm Skylar. The majority of the state should get around 1 to 3 inches of powder, according to Weather.com.

South Jersey, especially near Philadelphia, is predicted to remain relatively snow-free, with just an inch or less of accumulation.

This story is developing and will be updated. 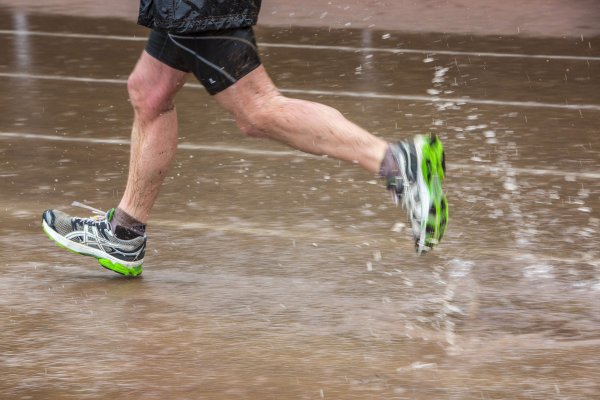 Another Nor’easter Could Hit the East Coast
Next Up: Editor's Pick