In the modern world, the color purple is not an uncommon sight. The secondary color, which is made by mixing red and blue, is popular among cartoon characters, clothing and logos, partly thanks to its association with characteristics including leadership, royalty and courage.

But the color’s ubiquity is a relatively new phenomenon. In fact it wasn’t until 1838, when the chemist Sir William Henry Perkin accidentally discovered a purple substance when cleaning up after an experiment, that it became readily accessible to the British public – and later to the world.

The English scientist was working as a lab assistant when he noticed a purple stain at the bottom of a beaker following a failed experiment. He named it “mauveine” and focused on patenting, manufacturing and commercializing it as an exclusive clothing dye.

Perkins’ discovery of strong and inexpensive purple dye sparked a violet fashion frenzy – as illustrated in today’s Google Doodle created by the artist Sonny Ross. The Doodle celebrates the 180th birthday of Perkins, who was knighted in 1906 because of his marvellous discovery. 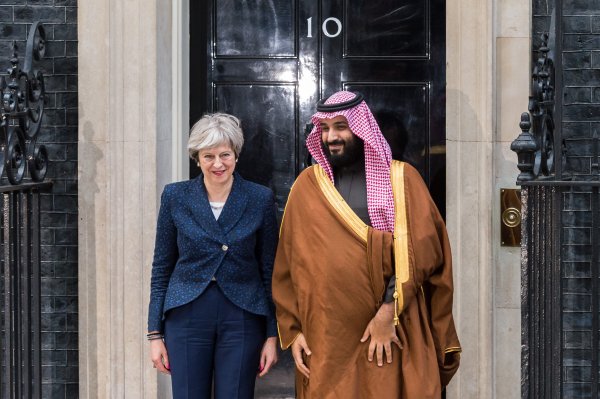 Theresa May Discusses Human Rights With Saudi Crown Prince
Next Up: Editor's Pick