Michael Avenatti appeared on the Today show after he filed a lawsuit against the president on Daniels’ behalf that seeks to release her from the agreement she signed to keep quiet.

“Let’s not bother to be delicate,” anchor Savannah Guthrie asked Avenatti. “Did she have a sexual relationship with the president?”

“Yes,” Avenatti responded firmly — despite the fact that she originally denied having an alleged affair with the president. Trump has also denied having a sexual relationship with the actress.

The White House and Trump continue to deny reports that he had an affair with Daniels in 2006 while he was married to Melania, now the first lady.

Just before Election Day, Trump’s personal attorney, Michael Cohen, routed $130,000 to Daniels, a payment Cohen has said came from his own pocket.

Avenatti disputed that claim on Today.

“We think it’s highly questionable as to whether it came from his personal funds,” Avenatti said. “There’s no question the president knew about it at the time. The idea that an attorney would go off on his own, without his client’s knowledge, and engage in this type of negotiation and enter into this type of agreement, quite honestly, I think is ludicrous.”

Avenatti also said Daniels is prepared to return the money if she wins her lawsuit against the president, adding that her first priority is telling the truth.

“In light of the amount of misinformation that Mr. Cohen has put out there to the Wall Street Journal, the Washington Post and others, I think it’s time for her to tell her story and for the public to decide who’s telling the truth,” Avenatti said. 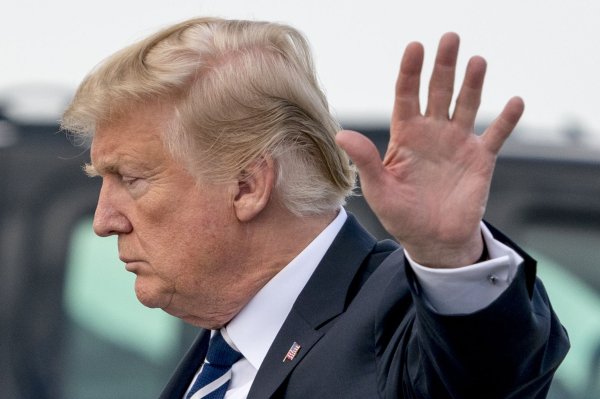 Trump Changes Tune on Trade Wars
Next Up: Editor's Pick