Members of the National American Woman Suffrage Association marching with a banner at the New York Suffragette Parade on May 3, 1913
Paul Thompson—Getty Images
By Elaine Weiss

Women’s voices — their anger, their protest, their pain — have moved to the center of the national conversation in the United States. The extraordinary Women’s Marches kicked off 2017, bringing millions of women into the streets to demonstrate. At the end of the year, this magazine chose The Silence Breakers — the women, and some men, who helped expose the pernicious and pervasive nature of sexual assault and harassment — as 2017’s Person of the Year. Now, 2018 heralds a record number of women entering the political fray themselves, running for elective office at all levels of government.

Yet in the wings lurk of discontent and talk of dissension within these newly-hatched women’s movements. Reports of leadership fissures and breakaway factions are triggering alarm.

Just as the anniversary women’s marches were preparing to set off in late January, news coverage focused on disputes about vision, goals and tactics had split the March movement, creating two separate groups: Women’s March, Inc. and March On. There were promises of cooperation but whiffs of ill will between the groups.

Likewise, the #MeToo movement has suffered some recent splintering, as disagreements over crowd-sourced allegations, due process, proportionality and punishment has divided dedicated feminists, igniting some nasty firestorms on social media.

This development might seem disheartening to advocates. But, if history is any guide, it might actually be the very best thing for them. This sort of movement-mitosis appears to be an essential element in the natural physiology of social justice campaigns.

Many of history’s most transformative social and civil rights movements have undergone this fracture, stemming from discord over ideology, strategy and methods. The breaking point has often been whether to adopt aggressive or even violent measures to achieve the goal. It’s happened in every reform movement from abolition to temperance to labor reform in the 19th century, and continued in the woman suffrage, civil rights, environmental, gay rights — and even animal rights — movements of the 20th and 21st centuries.

These civil wars can be ugly, angry, costly affairs, breaking carefully built organizations into warring camps, tearing apart colleagues and coalitions. It’s painful and messy, emotionally and financially draining. But it may be vital. Rather than crippling the movement, splits may actually make it stronger, more resilient, and ultimately more effective.

The suffragists, learned this bitter — but bracing — lesson a century ago.

Just at the moment of their victory in 1920, when they secured the ratification of the 19th Amendment, granting all women the vote, American suffragists were bitterly split and viciously antagonistic. While pursuing the same ultimate goal — a Federal amendment enfranchising women — the National American Woman’s Suffrage Association and the National Woman’s Party worked separately, as rivals, often demeaning and undercutting the efforts of the other, as they pursued radically different measures. (A similar split had already occurred in the British suffrage movement.)

The two groups maintained separate headquarters (one based in New York, the other in Washington) and staffs, ran separate campaigns, boasted their own lists of members and donors, published their own journals and publicity materials, lobbied Congress and state legislatures in their own style. Each group assumed a distinct personality: NAWSA was establishment, strong and steady (but often portrayed as stodgy), methodically playing the strategic long game. The Woman’s Party was the young, brash upstart, impatient with polite methods, willing to provoke — picket the White House during wartime, burn the President in effigy, go to prison — to make a scene and ratchet up the pressure.

Were the dual (and dueling) efforts duplicative and confusing, effectively doubling the price tag of fighting for suffrage? Yes. Did the schism nurture corrosive distrust among allies? Certainly. But in hindsight, it’s clear that the break in the movement made it stronger.

Success required both groups, pursuing dramatically different approaches — something of a good-cop/bad-cop complementary dynamic — to exert enough popular and political pressure to win the vote. The yin and yang tension also brought more activists into the movement; their friction generated useful heat.

But we should also remember — and not repeat — the suffrage movement’s experience with a different type of division within its ranks: white suffragists’ shameful neglect of their black sisters. By tolerating segregated suffrage clubs during the fight for enfranchisement, promoting the idea that extending the ballot to women would help maintain white supremacy in the southern states and maintaining silence as black women in the South were systematically denied their right to vote even after the 19th Amendment was ratified, the movement failed a crucial test of moral leadership. Initially, this was a calculated tactical decision to gain support in the South and swing crucial southern legislators to the suffrage cause; a practical strategy of convenience. But after 1920, satisfied that they — white women — had gained the ballot, the movement failed to protect its most vulnerable members, leaving them behind to fend for themselves. In more recent years, feminists have struggled to come to grips with this failure.

Modern women’s movements — from the various flavors of Marches to #MeToo and #Times Up — will be stronger, and more successful, if they learn from this historical lapse. There’s already some evidence that they are. For example, the TimesUp Legal Defense Fund provides legal, emotional and financial support to those who risk all in speaking up.

In our own fractious times, activists defending women’s rights can benefit from taking this historical lesson to heart: the struggle is long, solidarity sometimes cracks, but just as with a healing bone, a movement can emerge stronger for the split.

Elaine Weiss is the author of The Woman’s Hour: The Great Fight to Win the Vote, available now. 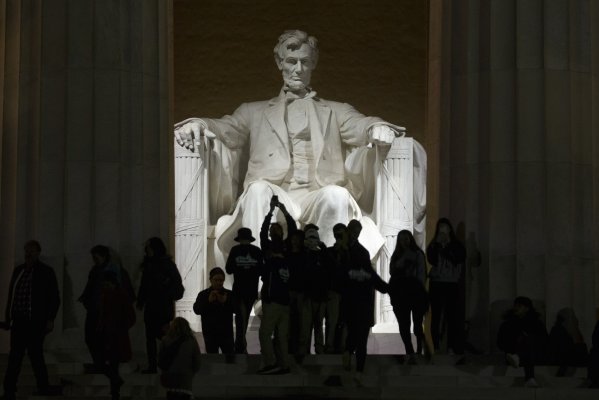 Wartime Leadership Lessons From Abraham Lincoln and Winston Churchill
Next Up: Editor's Pick