What have you accomplished in your life?

For many, winning just one of the coveted Emmy, Grammy, Oscar or Tony awards would be enough. For a rarefied few, collecting all four prizes — called an “EGOT” — is a lifelong dream and highly exclusive club that calls Rita Moreno, Whoopi Goldberg and Mel Brooks members. But for Robert Lopez, Coco composer, just one set of accolades is not enough. The talented 43-year-old songwriter has now completed his second EGOT, making him the youngest (and, dare we say, one of the most impressive) creators working in the industry today.

After winning an Oscar with his wife Kristen Anderson-Lopez on Sunday night for Best Original Song for “Remember Me” of the Pixar movie Coco, Lopez has cemented his status as one of showbiz’s titans. He was a co-creator of Broadway hits Avenue Q and Book of Mormon, which gave him those Tonys. And then he helped write the smash song “Let It Go” from Disney’s Frozen, for which he and Anderson-Lopez won Best Original Song back at the 2014 Oscars. Meanwhile his Emmys, which are of the Daytime TV variety, come thanks to animated kids series Wonder Pets. And he’s actually picked up not one, not two, but three Grammys so far, for his work on Book of Mormon and Frozen. He’s done all of this in just ten years, which means he’s also the artist who has been fastest to catch ’em all.

“I’m really honored to be part of it, but I know it’s just a statistical coincidence,” Lopez told TIME back in 2014 after hitting his first EGOT milestone. It’s looking less like a coincidence at this point, though. 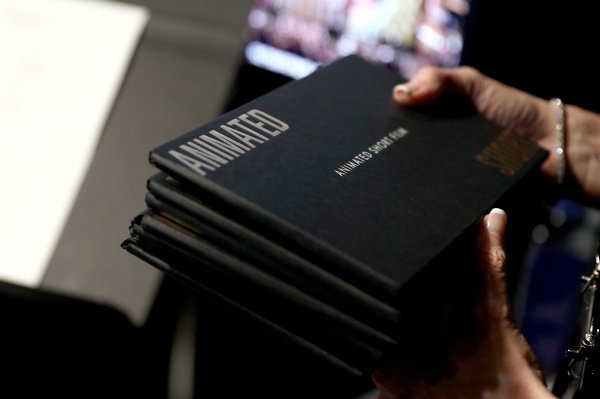 The Internet Was Obsessed With Oscars Envelopes for a Different Reason This Year
Next Up: Editor's Pick