The former Alias star was clapping in the audience during the 2018 Oscars ceremony when something important dawned on her. One minute, Garner was applauding like everyone else, lulling viewers into a false sense of security. The next minute, something hit her and the world shifted on its axis because nothing would ever be the same. It was like she slid her own mini-movie into the Oscar contention mix, unintentionally.

Twitter user Bobby Finger captured her abrupt revelation, and posed the question on everyone’s minds: “what realization did Jennifer Garner just come to?”

Twitter users quickly moved in to spin Internet gold out of all the possible answers, and it became an instant obsession.

Whatever she was thinking, everyone could get down with the emotional revelation. The Internet has been clutching to this moment tighter than Leonardo DiCaprio holding onto his first Oscar.

If you see one film this year, let it be this.

See a selection of reactions below. 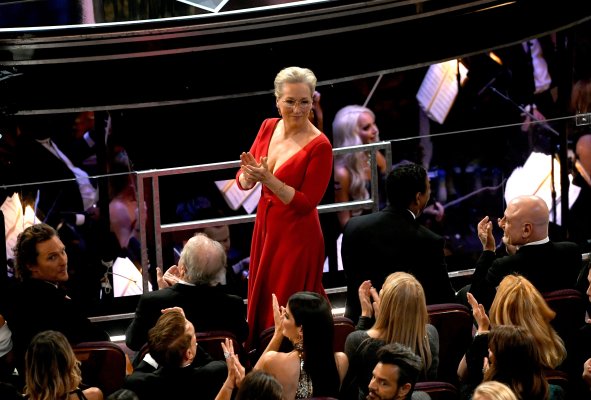 Meryl Streep Blessed the Internet With 2018's Best Shouting Meme at the Oscars
Next Up: Editor's Pick