Netflix dropped a teaser trailer for the final season of House of Cards during the 90th Academy Awards Sunday—and it looks like there’s a new commander in town.

Kevin Spacey, who was axed from the show following allegations of sexual assault, was nowhere to be seen in the trailer. Instead, Robin Wright, who plays Spacey’s wife Claire Underwood, appears to have replaced Spacey as the show’s new central figure.

“We’re just getting started,” Claire says in the trailer, situated in the Oval Office.

The previous season of House of Cards tipped the odds in Claire’s favor, setting her up to be the new star of the show before the accusations against Spacey came out. “My turn,” Claire says at the end of season five, as she takes over as president. 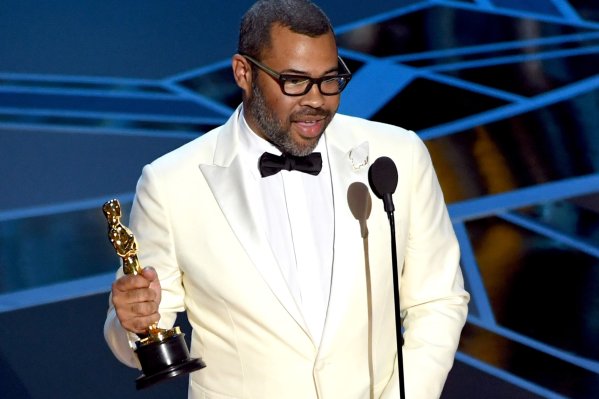 Everyone—Including Jordan Peele—Is Excited by His Oscar Win
Next Up: Editor's Pick