Hollywood’s biggest stars showcased their best looks on the red carpet at the 90th annual Academy Awards on Sunday, and one attendee’s attire was particularly eye-catching.

James Ivory, the nominated screenwriter of Best Picture nominee Call Me By Your Name, wore a shirt printed with the face of one of the film’s stars, Timothée Chalamet. The actor portrayed the 17-year-old Elio in the acclaimed coming of age drama.

Ivory, 89, said he would give the the shirt featuring Chalamet’s face to the 22-year-old actor after the Oscar ceremony concluded, per the Los Angeles Times.

Ivory’s script for Call Me By Your Name, which is based on André Aciman’s 2007 novel of the same name, is nominated for Best Adapted Screenplay.

Chalamet, meanwhile, is nominated for Best Actor in a Leading Role. It’s his first Oscar nomination and Call Me By Your Name‘s third overall. 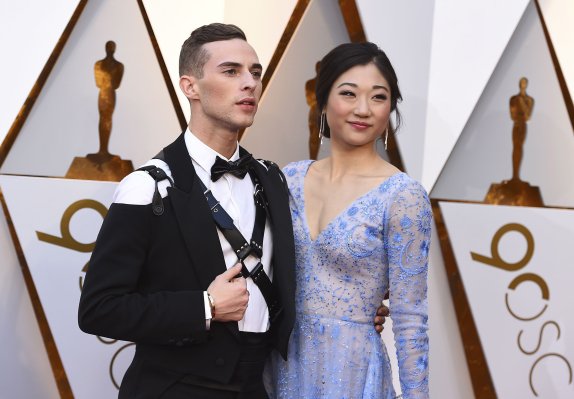 The Internet Is Obsessed with Adam Rippon’s Outfit on the Oscars Red Carpet
Next Up: Editor's Pick