Why Are Celebrities Wearing Orange Flag Pins on the Oscars Red Carpet?

If you see a celebrity wearing an orange flag pin on the red carpet at the Oscars Sunday night, don’t be surprised.

The pins are being worn in support of gun control reform on behalf of the organization Everytown for Gun Safety.

The organization is an advocacy group that raises awareness about gun violence prevention. Comedian Amy Schumer is one celebrity who has publicly supported Everytown for a while now, and it seems other actors and film makers are on board, as well.

This year has seen celebrities not only showing off designer duds at awards shows, but also highlighting their allegiances to particular political causes. #MeToo and #TimesUp dominated the Golden Globes red carpet, and the orange pins at the Oscars on Sunday are no exception. They’re also available on Everytown’s website now.

Last month’s shooting at Marjorie Stoneman Douglas High School in Parkland, Fla., in which 17 people were killed, reignited the gun debate in the U.S. According to Everytown, which boasts 4 million members, there have been almost 300 hundred school shootings since 2013.

The orange flag pins aren’t the only way celebrities are lending their support to gun reform. A handful of A-Listers like George and Amal Clooney and Oprah have donated hundreds of thousands of dollars to the upcoming for March For Our Lives.

A group of celebrities also previously worked with Everytown for this public service announcement in October.

So if you see one your favorite celebrities wearing an orange flag pin at the Oscars, you know they support gun control reform. 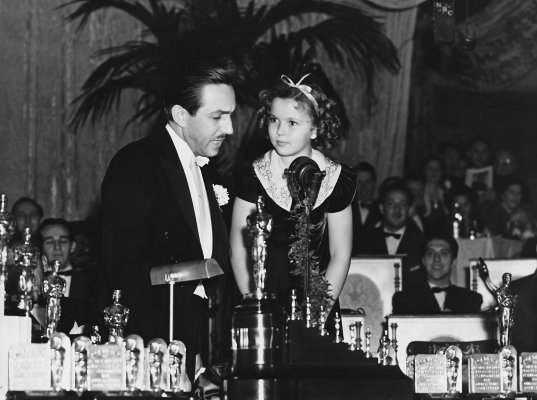 Quiz: How Well Do You Know Oscars History?
Next Up: Editor's Pick