Roy Moore Is Asking for $250,000 to Cover His Legal Expenses

Defeated Alabama Senate candidate Roy Moore is trying to raise $250,000 as he fights a defamation lawsuit filed by a woman who says Moore touched her sexually when she was 14 years old.

Moore railed against a “vicious attack” from lawyers in Washington, D.C., and San Francisco and asked for money to start a legal defense fund in a rambling Facebook message posted Friday night. He did not explicitly mention the defamation suit.

“I will trust God that he will allow truth to prevail against the unholy forces of evil behind their attack,” Moore wrote. “I have lawyers who want to help but they are not without cost and besides their fees, legal expenses could run over $100,000. I have had to establish a ‘legal defense fund, anything you give will be appreciated.”

Moore’s fundraising goal is set at $250,000. He had raised about $32,000 as of Friday night, according to the Associated Press; the donation link appeared to be broken on Saturday morning.

Leigh Corfman — the woman who helped set off an avalanche of sexual misconduct allegations against Moore when she said in November that the then-32-year-old lawyer touched her inappropriately when she was 14 — is suing Moore for defamation, citing the character attacks she weathered after coming forward. Corfman is not seeking financial damages beyond legal fees, and is instead asking for a public apology, a declaratory judgment of defamation and a ban on future attacks from Moore and his campaign, the Washington Post reports.

Moore, however, said he will continue to “fight this battle for the heart and soul of this Nation,” despite his financial struggles.

“My resources have been depleted and I have struggled to make ends meet, but I have not lost my faith in our God, who is our true source of strength and will never leave or forsake us,” Moore wrote in his Facebook post. “I do not profess to be a hero, but I will not forget so many who have paid the ultimate sacrifice to preserve this land and our form of government, with which we have been truly blessed.” 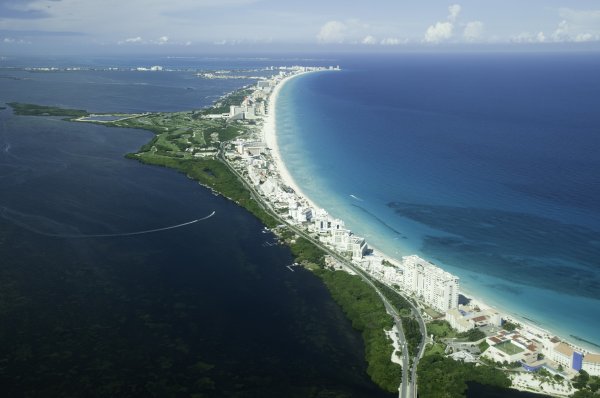 Explosives Found on Passenger Ferry Near Cancun
Next Up: Editor's Pick