Black Panther will have to wait another year for potential Oscar glory, but that didn’t stop a number of its stars from attending the 90th annual Academy Awards dressed like Wakandan royalty.

Chadwick Boseman, Lupita Nyong’o, Danai Gurira, Winston Duke, and Daniel Kaluuya—who is nominated this year for Best Actor in Get Out—all impressed on the red carpet. Boseman, who stars as T’Challa, the Black Panther himself, was photographed giving the crossed-armed Wakandan salute. He is set to present an award, as well as Nyong’o.

And that’s not the only thing Twitter users pointed out—many noted that Black Panther should receive nominations for next year’s Oscars. It’s unusual for mainstream superhero films to be celebrated by the Academy, but fans are hoping Black Panther‘s cultural relevance—as well as record-breaking box office performance—will be enough to nab the film some nominations.

As of Sunday, Black Panther had eclipsed $800 million worldwide and is on track for $1 billion. 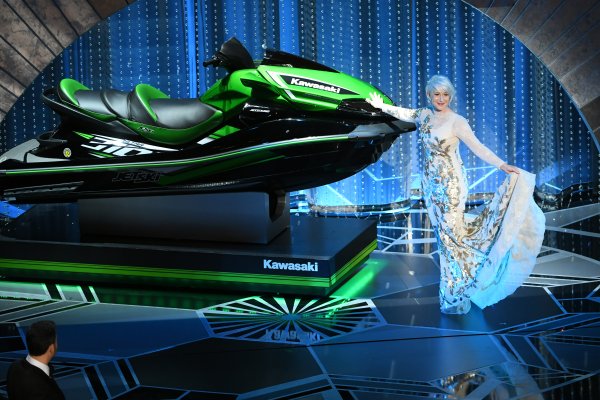 Nothing Was Off Limits in Jimmy Kimmel’s Oscar Monologue. Here Are His Best Jokes
Next Up: Editor's Pick