President Trump took to Twitter early Friday morning to call out actor Alec Baldwin for his “terrible impersonation” on Saturday Night Live, even giving a nod to former SNL star Darrell Hammond, a “far greater talent” in his opinion. Unfortunately, the internet quickly caught on to some of Trump’s spelling errors in the tweet, including misspelling Baldwin’s first name as “Alex.” Naturally, viewers in for the Baldwin-Trump ride had plenty to say about their ongoing spat.

Here’s the corrected tweet, in which the name “Alec” and verb “dying” have been adjusted with the accurate spelling. (The “agony” to which Trump refers is an interview in which Baldwin looks back without pleasure on his time impersonating the president for late night television.)

And here are some of the internet’s reactions to Trump’s original errors:

Baldwin, however, was not going to let the President have the last word, using his foundation’s Twitter account to shoot right back. “Agony though it may be, I’d like to hang in there for the impeachment hearings, the resignation speech, the farewell helicopter ride to Mar-A-Lago,” he wrote. “You know. The Good Stuff.”

You can judge Alec Baldwin’s Trump impersonation in the SNL sketches below. 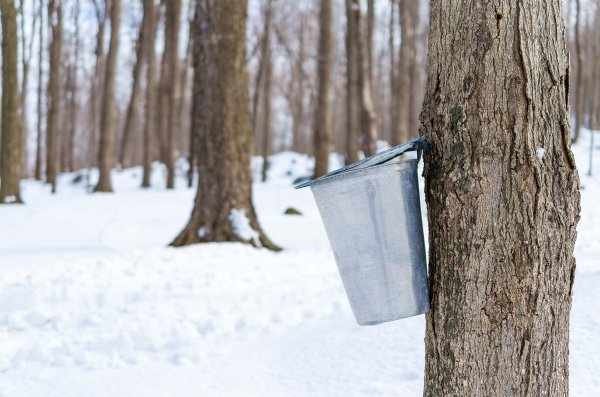 This Family Is Way More Hardcore About Maple Syrup Than You
Next Up: Editor's Pick