“The drug dealers, the drug pushers, they’re really doing damage,” Trump said at an opioid event at the White House Thursday. “Some countries have a very, very tough penalty — the ultimate penalty. And by the way, they have much less of a drug problem than we do.”

“If you shoot one person, they give you life, they give you the death penalty,” Trump said. “These people can kill 2,000, 3,000 people, and nothing happens to them.”

Trump comments came days after Axios reported that he had been privately praising Singapore’s mandatory death penalty for drug trafficking offenses. Kellyanne Conway, who runs anti-drug initiatives at the White House, told Axios that Trump’s position isn’t one-size-fits all. “The president makes a distinction between those that are languishing in prison for low-level drug offenses and the kingpins hauling thousands of lethal doses of fentanyl into communities, that are responsible for many casualties in a single weekend,” she said.

Trump has also previously praised controversial Philippine President Roderigo Duterte, who has led a massive extrajudicial crackdown on drugs in his country that has left thousands dead. Last year, Trump called Duterte and told him he has done an “unbelievable job on the drug problem.” 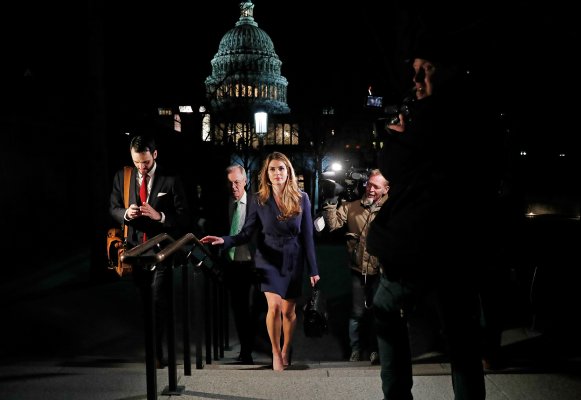 The Story Behind That Viral Photo of Hope Hicks
Next Up: Editor's Pick